The New York Times looks at the "legal golden ratio" that may play a role in a SCOTUS ruling on gay marriage. “Historically, there seems to be a tipping point at which the justices seem more comfortable setting aside state practices…When only a third of the states still retain a practice, the court seems ready to act.” 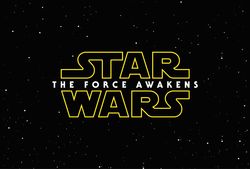 Brad Pitt and Angelina Jolie had a big ol' balcony fight in Australia over the weekend.

Find out when the new Star Wars trailer is set to debut.

Three LGBT advocates were arrested Saturday night at a Equality NC Foundation event after an altercation broke out between gay marriage supporters and a dozen Christian protesters at the scene. 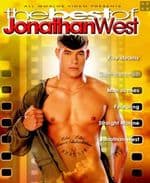 The New York Daily News has an exclusive on Jonathan Jesensky, a new FDNY firefighter who previously starred in at least 10 gay adult films.

Lance Bass speaks to ABC News about his upcoming televised marriage to Michael Turchin and the work that still needs to be done to help secure LGBT rights in places like his homestate of Mississippi. "It's just all about educating," he said. "That's all we can do, just start the dialogue and get people talking. Once people learn about this subject and LGBT, it changes people's mind for the better. It's not like when people learn about this subject, they go deeper into believing this [stuff]."

The Ferguson grand jury has reportedly reached a decision in the Darren Wilson indictment. 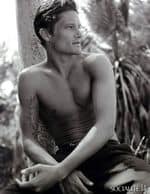 The list of Bill Cosby accusers continues to grow.

5 reasons why Katy Perry was the obvious chioice for Super Bowl halftime performer.

Nashville's gay rugby team the Nashville Grizzlies have won the bid to host the 2016 world cup of gay rugby.

Queen Bey dropped the "Platinum Edition" of her self-titled album today with new songs and remixes. Check out the Spotify stream here.

Previous Post: « Tony Perkins Wants You to Know that the Pope Is Still Firmly Against Gay Marriage: VIDEO
Next Post: Towleroad Guide to the Tube #1645 »