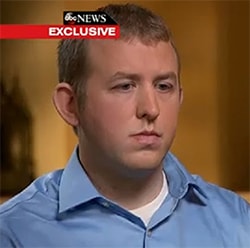 Darren Wilson talks to George Stephanopoulos about shooting and killing Michael Brown: “The reason I have a clean conscience is because I know I did my job right…I’m sorry that [Michael] lost his life. It wasn’t the intention of that day, but it’s what occurred that day. There’s nothing you can say that would make a parent feel better.”

Michael Brown's father, Michael Brown Sr., calls Wilson's remarks "disrespectful" and "crazy": "For one, my son, he respected law enforcement. Two, who in their right mind would rush or charge at a police officer that has his gun drawn?”

Meanwhile, Chris Pine croons like Sinatra for a fan on Ellen. 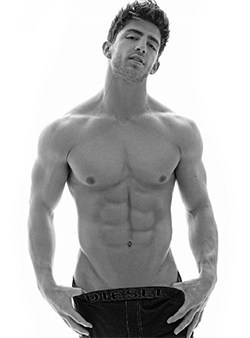 Speaking of Ellen, her hunky (former?) gardner Billy Reilich, smolders in a new photoshoot that puts his beefcake on display.

Kevin Federline says that wasn't him.

The first tiny teaser for Game of Thrones Season 5 has arrived and it's all about Arya.

"Marlene Dietrich in a top hat" may be the best one on this list.

The Cambridges have a new family portrait.

Previous Post: « Mississippi Says It Will Appeal Marriage Ruling As AFA Calls for Governor To Defy It
Next Post: Passengers Give Airplane A Jump-Start On Frozen Tarmac In Siberia: VIDEO »