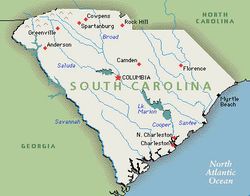 In a brief statement, seven of the nine Supreme Court justices denied the stay, but Supreme Court Justices Antonin Scalia and Justice Clarence Thomas said they would hear it.

Expect same-sex marriage applications to begin at noon today (even though at least one probate judge has jumped the gun and already began marrying gay couples in the state.)