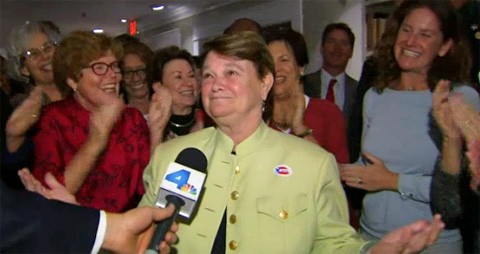 With 100% of precincts reporting, former State Senator Sheila Kuehl has defeated Bobby Shriver, a nephew of JFK, in her L.A. Supervisor District 3 race.

Shriver raised twice the cash of Kuehl and had the backing of David Geffen. She will become the first openly gay person to serve on the Board of Supervisors.