A Tea Party Republican in Texas wants to enshrine a "license to discriminate" against LGBT people into the state Constitution. 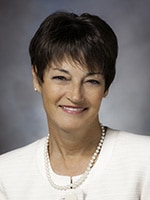 State Sen. Donna Campbell filed a proposed constitutional amendment Monday that could allow business owners and government contractors to turn away gay people, or fire LGBT employees, under the guise of religious liberty. The amendment could also undermine LGBT-inclusive nondiscrimination ordinances that have passed in all of Texas' major cities.

Campbell's proposed constitutional amendment, Senate Joint Resolution 10, states that government "may not burden an individual’s or religious organization’s freedom of religion or right to act or refuse to act in a manner motivated by a sincerely held religious belief unless the government proves that the burden is in furtherance of a compelling governmental interest and is the least restrictive means of furthering that interest."

SJR 10 goes on to say that a "burden" includes "indirect burdens such as withholding benefits, assessing penalties, and denying access to facilities or programs." 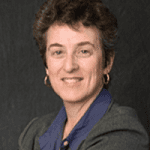 Jenny Pizer (right), senior counsel at Lambda Legal, told Towleroad that in addition to undermining local nondiscrimination laws, she believes Campbell's proposal would open up government to all sorts of litigation from people who have religious objections to a wide variety of regulations.

"It blows a hole in your nondiscrimination protections if people can ignore them for religious reasons," Pizer added. "It may be designed to trump local nondiscrimination protections, and that's a serious problem, but the bigger problem for government is the fact that it then becomes prohibitively expensive to enforce things like food safety law. What if somebody has a religious belief that requires them to make large bonfires in the backyard as part of a religious tradition, and you have dry, dangerous fire conditions? There are basic safety regulations. … This is far-right grandstanding, but it's grandstanding with very serious potential implications for government."

Campbell, who's from the San Antonio area, strongly opposed that city's passage of an LGBT-inclusive nondiscrimination ordinance last year. In a letter to then-Mayor Julian Castro, Campbell wrote:

"San Antonio is an exceptional city in which every individual should feel welcome, and I believe that's the intent of the authors of the ordinance. However, by alienating a majority of Texans who believe in traditional marriage and values, it is having the opposite effect. San Antonio churches, families and businesses feel less welcome in their hometown as a result of this proposed ordinance, fearful that they may now be penalized or face costly lawsuits just for practicing their faith or expressing their opinion."

“Our Judeo-Christian values are under assault and I’m not going to let that stand. We have the right and religious freedom to express ourselves. When the government moves outside the proper bounds of the primary role, especially in order to legislate societal norms, they’re on shaky ground. Really it’s a few, just a few advocates, of tolerance. They are trying to criminalize faith and traditional values of the majority of Texans. Tolerance is going too far in this instance.”

Campbell introduced a similar measure two years ago, but it died in committee amid concerns that it would expand the right of Westboro Baptist Church to protest military funerals or even create a religious right to an abortion, according to Texas Monthly. Campbell's 2013 measure was backed by the anti-LGBT group Texas Values and opposed by Equality Texas. Daniel Williams, legislative specialist at Equality Texas, said Monday that Campbell's proposal would go far beyond an existing state statute.

“In 1999 Texas set the gold standard for protecting religious liberty with the passage of the Texas Religious Freedom Restoration Act,” Williams said. “SJR 10 would gut the existing legislation.”

Earlier this year, amid national outcry, Republican Arizona Gov. Jan Brewer vetoed a bill that would have allowed businesses to discriminate against gays based on religious beliefs, but a similar law later passed in Mississippi.

At a recent anti-LGBT rally in Houston, opponents of the city's Equal Rights Ordinance donned T-shirts saying, "We reserve the right to refuse service to homosexuals."

In an online press release about the bill, Campbell tied it to the city of Houston's decision to subpoena pastor sermons as part of its defense against the lawsuit challenging the ordinance. From Campbell's press release:

"The resolution I filed today provides a necessary layer of protection from overreaching governments that engage in acts of prejudice meant to intimidate Texans of faith from expressing their deeply held religious beliefs," Senator Campbell said.