“Ex-Gay” activist Linda Harvey has a suggestion for a Christmas gift for your favorite teen or college student struggling with their sexuality, reports Right Wing Watch.

Mission America’s Harvey says that Maybe He’s Not Gay? “is for America’s youth and the bright future they can all have, regardless of the turmoil of adolescence, which for some, may include same sex attractions or gender confusion.” 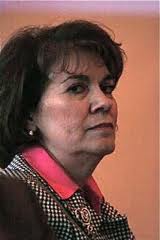 Originally published last year, the book was removed by Amazon because of its abusive content. Harvey and her publishers said that they pulled the book because they didn’t want it be harmed by an “uninformed and vicious campaign stimulated by ‘gay’ blogger[s].” Whereas Harvey’s opinions are informed by reason and science because she is correct in her claim that gay people do not exist.

Speaking on her radio program the other day, Harvey told her listeners that the book would make a perfect Christmas gift:

“If you were wondering what to get your teen or college student for Christmas, how about giving them the gift of common sense and morality? This is the way many people have described my book, Maybe He’s Not Gay: Another View On Homosexuality.

“Same-sex relationships are not what anyone was born for yet there are reasons why people get there and even more reasons why they can leave those feelings behind.”

Last month, Harvey joined “culture warrior” Pat Buchanan in a call for Christians to rise up in mass "civil disobedience" against the Supreme Court's decision on same-sex marriage.

Listen to Harvey's pitiful rant, AFTER THE JUMP…