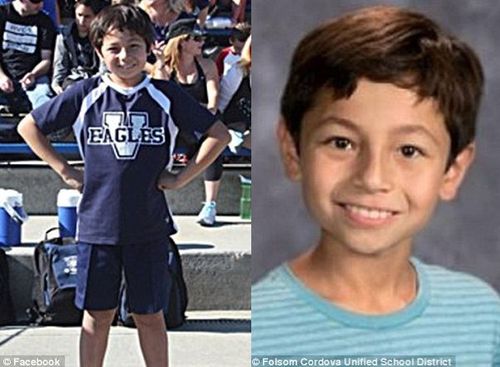 Tragic news out of Folsom, California as a young boy committed suicide Wednesday after facing ongoing bullying for being his school’s only male cheerleader.

Ronin Shimizu, 12, was Folsom Middle School’s only boy on the Eagles cheer squad last year. He was being homeschooled this year because the bullying got so bad.

He was bullied very badly,” Riley Coleman said as she teared up. The Folsom Middle School sixth grader was on the squad with Ronin last year. “It’s not ok to bully people,” she said through tears.

“So sad to know that people can hurt you that way,” student Allie Flahive said.

“I was devastated when I found out. I started crying,” Ronin’s friend Grace Velander said. “I’ve known him since 6th grade. Me and him had classes all last year together.”

A school official confirmed the Shimizu family reported multiple times that Ronin was being bullied in school. Said one fellow student: “I heard that people called him gay because he was a cheerleader”.

“We are shocked and deeply saddened by this unspeakable tragedy, and our hearts go out to Ronin’s family during this difficult time. Many students, teachers and staff who knew Ronin remember him as a positive and outgoing child, and our school communities are truly grieving this loss today. We are moved by the outpouring of support from families and community members asking how they can help.”

Friends of Ronin said the young boy was passionate about his cheerleading and loved it. A vigil for Ronin was held last night at his home.

Watch a news report AFTER THE JUMP…