Fifteen years after a landmark federal court ruling upholding the right of students to form Gay Straight Alliance clubs at public schools, some districts continue to violate the law by refusing to recognize GSAs.

The American Civil Liberties Union filed a federal lawsuit Tuesday against a school district in Bainbridge, Indiana — 35 miles west of Indianapolis — on behalf of three students and the GSA at North Putnam High School. 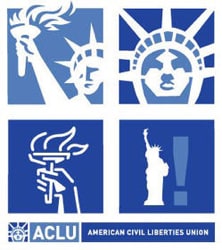 The students formed the GSA at North Putnam more than a year ago, but after months of stalling, the school board voted Nov. 20 not to recognize the club.

The ACLU alleges the district's failure to recognize the GSA violates both the federal Equal Access Act and the students' First Amendment rights:

LGBT students at the school have frequently been harassed and wanted to form the GSA to provide a place to educate the community and support vulnerable students. The school, which allows other non-school-sponsored clubs and activities to meet, such as the Fellowship of Christian Athletes, Key Club and Best Buddies, has denied recognition of the GSA club for more than a year. The students followed all the school's required procedures outlined in its student handbook to establish the club, including securing a faculty member to supervise the group. …

"The law is clear in this matter," said Ken Falk, ACLU of Indiana legal director. "There is no excuse for the school district's intransigence, which is causing real harm to its students."

The ACLU of Indiana was successful in reversing a similar decision by a school in the Town of Munster in July, 2014.

"The actions of the school district in clear violation of federal law leave the most vulnerable students at North Putnam without critically needed support," Chase Strangio, Staff Attorney at the ACLU added.

In November 1999, a federal judge ruled that the Salt Lake City school district's decision to reject a GSA at East High School violated the federal Equal Access Act. The Salt Lake district said it was banning all non-curricular clubs to get around the Equal Access Act, but continued to allow other clubs to meet.

From Lambda Legal, which served as lead counsel in the Salt Lake City lawsuit:

This case more than any other put the issue of GSAs on the nation's radar, letting students know they could fight back and letting school districts know they might be in violation of the law.

Read the ACLU's lawsuit, and watch U.S. Education Secretary Arne Duncan's video in support of GSAs from 2012, AFTER THE JUMP …

Previous Post: « Kelly Ripa Grills Anderson Cooper On Whether He Wants To Sleep With Her Husband Mark Consuelos: VIDEO
Next Post: Robbie Rogers Wants Chris Pratt To Play Him In The Sitcom Based on His Life »