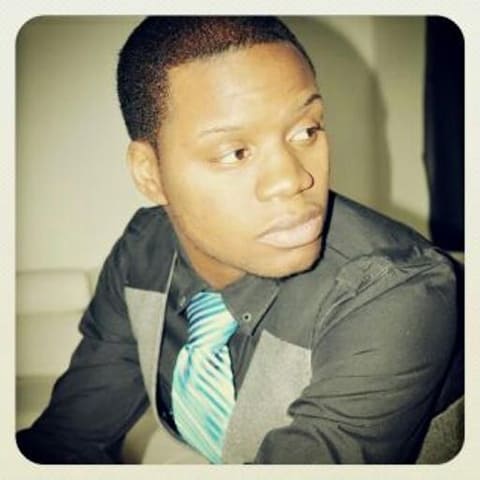 A young black man from Missouri, 22-year-old Dionte Greene, was found shot to death in his car on Halloween morning, possibly by an individual he was planning to meet for sex, someone who reports indicate identified as straight but nonetheless was pursuing sex with Greene. Zach Stafford's in-depth piece in The Guardian paints a vivid portrait of what happened the night Greene was murdered:

On 30 October, Dionte Greene finished work before midnight to attend a “turn-about” party, where people show up dressed as a different gender. But before the party, Greene had plans with some “trade” he had been talking to online, several of his friends told me. “Trade” is a version of “on the down-low” – terms used within black LGBT communities to describe a man who doesn’t “appear gay” but who engages in sex with men unbeknownst to his family and most of his friends. Trade is a man you don’t necessarily trust – more of a risk than many are willing to take.

According to friends who saw his private messages, Greene had been in correspondence online with this “trade” for some time prior to their meeting, as the man apparently tried to decide whether or not they should meet up. The “trade” was very much on the fence about having sex with men, according to accounts of these messages, and he very much did not want his sexual secret to be found out. But something changed, and the “trade” agreed to meet up that night, Greene’s friends said.

When Greene arrived at the pre-arranged meeting spot in a quiet residential area just miles north of his home, he was on the phone with a friend who could sense that Greene was a little nervous about the meeting. As they spoke, according to other friends with knowledge of this conversation, the man started walking towards Greene’s car. “He looks just like his Facebook picture,” Greene allegedly said.

Moments later, Dionte Greene’s friend heard yelling. The phone line went dead. And Dionte Greene ended up with a gunshot to the face in the driver’s seat of his car.

Stafford reports that because Greene's possible murderer was meeting Greene for the purpose of having sex, the crime cannot be classified as a hate crime. Kansas City's first LGBT liasion, Rebecca Caster, an out-lesbian, drove home this point: “If someone is actually engaged in ‘the act’, then these are not hate crimes." Caster went further, defining hate-crimes in stark terms: “The thing is, hate crimes need to be, ‘I can’t stand the fact that you are gay so I am going to drag you behind a truck. I don’t know you, I don’t care.’” Under this burden of proof, it's easy to understand how much understanding is missing in the conversaion on hate related crime. As Stafford points out, "homophobia [is] not just something that makes someone drag you behind a truck, but [is] a sickness that can make someone kiss and then kill – simply because someone didn’t want their secret to get out."