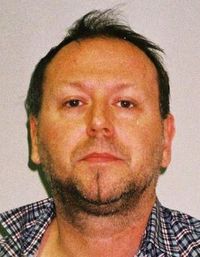 A 43-year-old man will spend the next six years in prison after falsely accusing four gay men of rape, reports Hereford Times.

Mark Wixey, from Belmont, Herefordshire, met three of the men on Gaydar and another man on Plenty of Fish. After meeting up with each of the men, Wixey contacted police in different areas around England to report being raped.

His accusations lead to at least one of the men being arrested, one contemplating suicide and another man taking an overdose. When police began to notice inconsistencies in his stories, Wixey was arrested under suspicion of perverting the course of justice.

“The false allegation made by Mr. Wixey in Worcester resulted in the arrest, detention and interview of an innocent man. As part of the detention process he was forensically examined and provided intimate samples. The victim described the week following his arrest as the worst in his life and believes the incident has changed him completely.

“I am thrilled that we have achieved justice for all the victims concerned and I truly hope that they are now able to put an end to this chapter in their lives and move on. In fact, I received a message from one of the victims this morning thanking us and explaining that he felt like a huge amount of pressure had been lifted and that he felt like he’d been given his life back.”