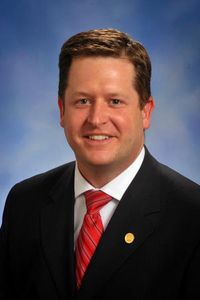 The bill has now been sent along for a vote on the Michigan Senate floor. Should the bill become law, the government will be required to provide "compelling justification" as to why one party’s religious beliefs should give way to another’s way of life.

Michigan Democrats have expressed their concerns that the bill will give those with conservative beliefs a free pass to openly discriminate against LGBT individuals.

Bolger refutes claims that the law would negatively impact the LGBT community and points to the Religious Freedom Restoration Act as the predecessor to House Bill 5958. Passed by President Bill Clinton in 1993, the Supreme Court eventually concluded that the law did not affect state-level statutes.

While testifying in defense of the bill, Bolger cited a number of technical instances in which the bill would protect individuals such as giving families the right to refuse autopsy on religious grounds.

The Michigan Senate is comprised of 26 Republicans and 12 Democrats.