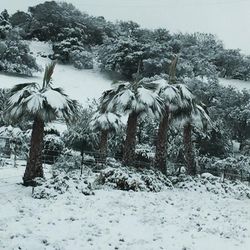 Do you want to build a snowman? Snow hits San Diego.

The year in celebrity shirtless selfies.

The struggle is real for this woman trying to pump some gas.

You can watch the ball drop live HERE. 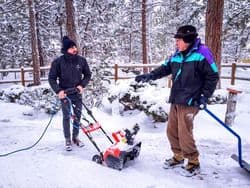 Zac Efron may have 10 million Twitter followers but that snow isn't going to plow itself.

Maryland Governor Martin O'Malley has commuted all death penalty sentences in the state to life without parole.

Joan Collins is now a dame.

Italian gay travel company Quiiky, inspired by Pope Francis' change in tone towards "groups that have long been shunned" , now provides tours of the Vatican Museums' art from a gay point of view.

Sen. John McCain has been ridding the Arizona GOP of tea party opponents.

Fox News' #OverIt2014 is the latest conservative hashtag to backfire.