Rick Perry sounds off on a potential 2016 bid for the White House: "Running for the presidency’s not an IQ test". 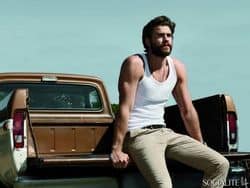 Liam Hemsworth shows off his lumbersexuality on the cover of Men's Fitness.

One gay man's personal story of why LGBTQ scholarships are so crucial. "When I reflect back to my high school ethics class debate, I still wonder if the people who argued against LGBTQ scholarships did not understand that the LGBTQ community needs assistance in building up strong, educated leaders. Could they not recognize that every community deserves to be healthy, vibrant and able to take pride in who they are?"

YouTube has just released it's top 10 most watched videos of 2014.

Air Force Secretary Deborah Lee James, the top official in the US Air Force, has spoken out in support of allowing trans* servicemembers to openly serve. 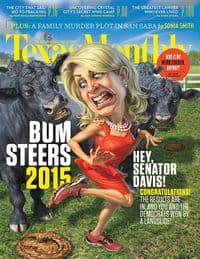 Texas Monthly crowns Wendy Davis as its "Bum Steer of the Year".

Grassroots Conservatives in the UK are concerned David Cameron won't win a majority in 2015 due to his push for gay marriage.

Angelina Jolie is having a bad week.

South Carolina Attorney General Alan Wilson has filed notice that he will appeal a second gay marriage lawsuit to the Fourth Circuit Court of Appeals. Wilson remains the only AG in the 4th Circuit to continue fighting to uphold a state-level ban on same-sex marriage.

Nick Denton has stepped down as Gawker president. 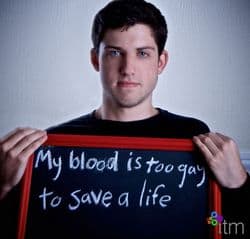 Thought-provoking photos of the LGBT community.

HRC has named JoDee Winterhof as its new Vice President for Policy and Political Affairs.

Diva-in-training Ariana Grande reportedly demands her staff to carry her around like a baby because she doesn't like walking.

Find out which *NSync-er won't be able to attend Lance Bass's upcoming wedding to Michael Turchin.

Bad news: More than 5 trillion pieces of plastic are polluting the oceans.