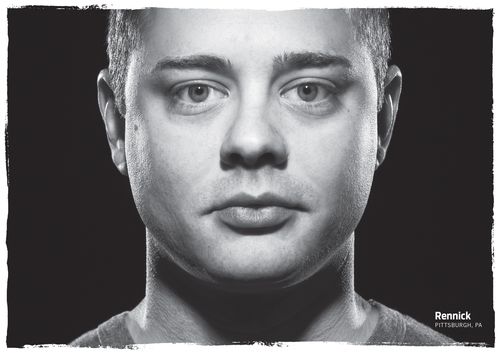 A group of pro-Israel activists have drawn the public’s ire after publishing a full-page ad in the New York Times arguing that Israel is the Middle East’s sole safe haven for LGBT people. 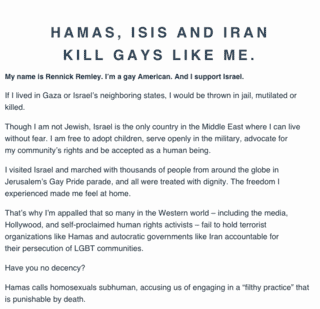 "Hamas, ISIS and Iran kill gays like me," the ad reads alongside a photo of Rennick Remley, a self-identified “gay American” in support of Israel. "If I lived in Gaza or Israel's neighboring states, I would be thrown in jail, mutilated or killed."

"Though I am not Jewish, Israel is the only country in the Middle East where I can live without fear. I am free to adopt children, serve openly in the military, advocate for my community's rights and be accepted as a human being. In Israel, I am free."

The ad was paid for by This World: The Values Network, a Jewish advocacy organization headed by celebrity rabbi Shmuley Boteach and Stand With Us, a group dedicated to evangelizing pro-Israel sentiment.

Followers of Boteach’s Facebook page reacted swiftly to what they perceived as his participation in a campaign to “pinkwash” Israel–lauding the country’s positions on LGBT individuals while ignoring its controversial relationship to Palestine. The ad campaign, some expressed, was taking advantage of their sympathies for lesbians and gays.

"This is called pinkwashing. Trying to paint over the blood on Israel's hands with pink paint,” wrote Leslie Strickland, a Philadelphia-based physician and follower of Boteach’s page. “Using the LGBT community in this way is patronizing and despicable. And by the way Israel, it's not working, I can still [see the] blood."