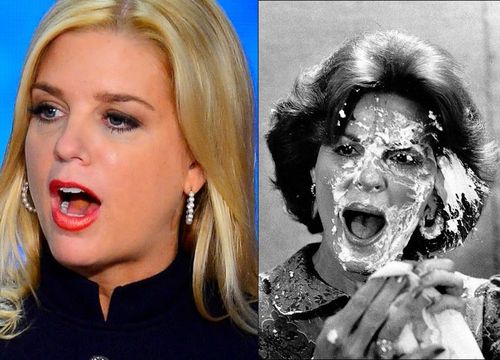 Florida Attorney General Pam Bondi’s declaration back in August that she was “just getting started” in her fight against gay marriage came to an abrupt end on December 19 when the U.S. Supreme Court denied her emergency request for a stay on a federal ruling overturning her state’s same-sex marriage ban.

Since then, Bondi has managed to further assert her incompetence by failing to communicate exactly what will happen in Florida after the stay on the federal ruling expires January 5. She’s acknowledged the stay will end, but her refusal to clarify the scope of the situation at hand has led the Florida State Court Clerks Association to issue a statement warning that county clerks may face legal consequences if they issue marriage licenses to gay couples next month. Gay rights groups, meanwhile, are disputing the association’s claims and have said clerks are “compelled” to issue the licenses to gay couples in light of the federal ruling.

Needless to say, things are messy in Florida right now and Bondi is only making things worse. And so for these reasons and more, it’s apt the Tampa Bay Times has awarded Bondi its “Loser of 2014” award.

It’s hard to imagine how someone who won re-election so handily (rival George Sheldon could not afford a single TV ad) could emerge from 2014 more wounded and diminished as our Republican attorney general. Put aside the unseemly junkets funded by groups seeking to influence her. Bondi’s clumsy communication skills and relentless defense of Florida’s gay marriage ban have made her a modern-day Anita Bryant. Antagonizing Florida’s gay voters over same-sex marriage and Hispanic voters over immigration reform ensures Bondi has a bright political future ahead of her — if she moves to Mississippi.

Previous Post: « Michael Sam on Whether His ‘Cake Kiss’ Was Staged and If He Thinks Homophobia Is Why He’s Not In the NFL: VIDEO
Next Post: New Jersey Assemblyman Tim Eustace Introduces Bill to Ban ‘Gay Panic’ Defense »