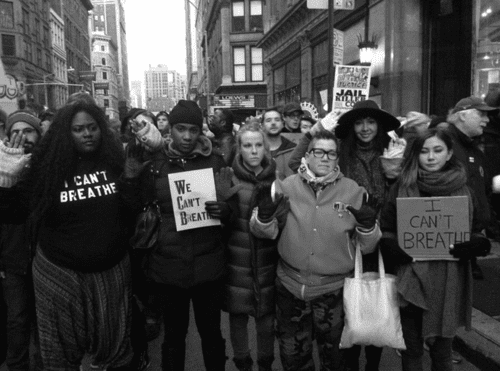 The ladies of Orange is the New Black were spotted alongside thousands of protesters on the streets of New York City yesterday for the #MillionMarchNYC demonstration protesting police violence and the grand jury decisions surrounding the deaths of Michael Brown and Eric Garner.

In a separate rally in DC yesterday, the Rev. Al Sharpton led thousands of demonstrators down Pennsylvania Ave demanding better oversight of policing.

More photos and video from the rallies, AFTER THE JUMP…

This is so moving… look at this time lapse of #MillionsMarchNYC: http://t.co/9IDMntQ0l5 That is love. Beautiful. #BlackLivesMater

The size of the D.C. march is already in the thousands http://t.co/pTZKJHgjRO #justice4all pic.twitter.com/MwsMhfOpAq