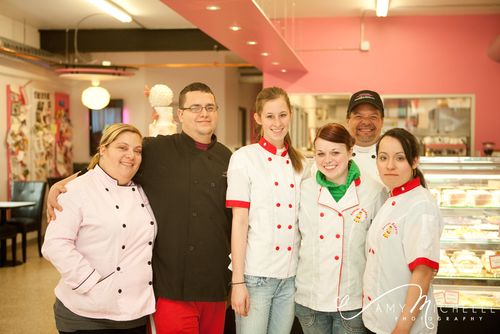 Marjorie Silva (far left above), the owner of Denver's Azucar Bakery who refused to bake an anti-gay cake for bigoted customer Bill Jack and is now facing a state investigation into the matter, is finding some unusual supporters of her decision not to bake the hate cake. 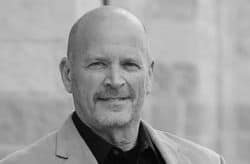 NBC reports that Worldview Academy, a prominent nondenominational Chirstian organization in Midland, Texas that lists Jack (right) as a faculty member and cofounder, says it disagrees with his complaint and stresses that Jack filed it as a "private citizen."

"Worldview Academy believes that God unconditionally loves every person," it said in a statement. "We also believe in liberty and justice for all. Consequently, we support the Colorado bakery owner's right — and the right of all other bakery owners — to not undertake work which would violate their core beliefs."

The virulently anti-gay Christian legal firm Alliance Defending Freedom, which fights for the right to discriminate against gays in the U.S. (and put them in jail overseas), is also siding with the bakery, Buzzfeed reports:

Tedesco’s group, although not involved in this latest case, has represented bakers in two similar recent cases in which the business owners were Christian: In Colorado, Masterpiece Cakeshop owner Jack Phillips refused to sell a cake to a same-sex couple, and in Washington State, Arlene’s Flowers is currently being sued for denying gay men flowers for their wedding.

ADF's token support of Silva in an attempt to appear consistent in its position that private citizens shouldn't have to do things they disagree with, however, doesn't really hold water, as Buzzfeed notes:

On the other side of the courtroom in both past cases — Masterpiece Cakeshop and Arlene’s Flowers — the American Civil Liberties Union represented the customers. Now the ACLU, which is also not directly involved in this newest case, supports the baker’s right to refuse service.

“Folks are trying to compare the Azucar Bakery story to the Masterpiece Cakeshop case… but in fact the two situations are quite different,” ACLU staff attorney Amanda Goad said in an email to BuzzFeed News.

The baker refusing service, she said, is “based on a neutral standard of taste that she would apply to any customer,” and is different from barring customers “not because of what the desired cake looked like, but because of who they are.”

In other words, if Silva had refused to bake Jack a wedding cake because he's heterosexual, things would be different. As it stands, Silva wouldn't have made a cake with a hate message for anyone – gay or straight – so the two cases are apples and oranges. She's already said she would have made a cake with a Bible on it no problem.

In related news, Silva has created a Gofundme page to help the bakery with legal expenses related to the complaint which you can visit and donate to HERE. The page has been up for less than 24 hours and has already raised over $5,300.