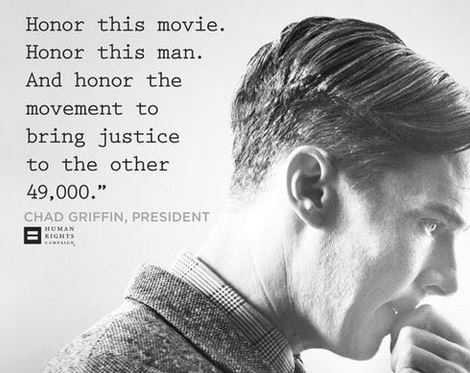 Spurred to action in response to the public's newfound awareness of gay World War II codebreaker Alan Turing, actors and activists are now calling on the British government to pardon the tens of thousands of other British citizens who were persecuted under draconian anti-gay laws of the past.

In 2013, Queen Elizabeth II pardoned Turing, who committed suicide after being convicted of "gross indecency" for being gay.

Following a screening of The Imitation Game in London Wednesday, actor Stephen Fry said the pardon was only the start of what should be done to honor Turing. 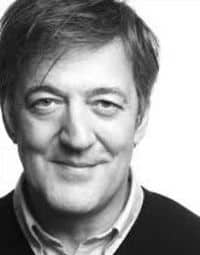 "Should Alan Turing have been pardoned just because he was a genius," Fry asked, "when somewhere between 50 to 70 thousand other men were imprisoned, chemically castrated, had their lives ruined or indeed committed suicide because of the laws under which Turing suffered? There is a general feeling that perhaps if he should be pardoned, then perhaps so should all of those men, whose names were ruined in their lifetime, but who still have families." He continued, "It was a nasty, malicious and horrific law and one that allowed so much blackmail and so much misery and so much distress. Turing stands as a figure symbolic to his own age in the way that Oscar Wilde was, who suffered under a more but similar one."

[Benedict] Cumberbatch, meanwhile, emailed THR from the set of the next Sherlock series to offer his full and enthusiastic agreement with Fry's idea. "Alan Turing was not only prosecuted, but quite arguably persuaded to end his own life early, by a society who called him a criminal for simply seeking out the love he deserved, as all human beings do. 60 years later, that same government claimed to ‘forgive’ him by pardoning him. I find this deplorable, because Turing’s actions did not warrant forgiveness — theirs did — and the 49,000 other prosecuted men deserve the same."

HRC president Chad Griffin ran an ad in Friday's New York Times on the campaign to pardon the other 49,000 persecuted gay men and women. You can check out the full ad, AFTER THE JUMP…

There's also a Change.org petition underway for the campaign HERE.