The Fredrick News-Post has a bone to pick with local councilmember (and part-time bully) Kirby Delauter. Over the weekend Delauter took to Facebook to lash out against News-Post reporter Bethany Rodgers for the “unauthorized use” of his name in what described as a “hit piece.”

“Shame on Bethany Rodgers, for an unauthorized use of my name and my reference in her article today,” he wrote in the message in which he actively tagged the journalist. “I had let her know after her hit piece during the election where she embellished, twisted and downright lied about what we discussed for that article, that she was never to never contact me again since she has absolutely no morals or journalistic ability.” 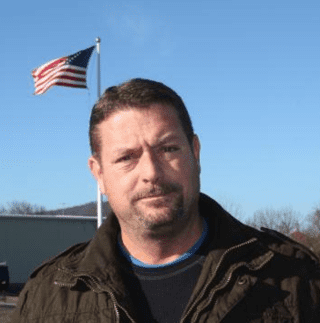 The article in question, that Delauter admits Rodgers attempted to speak with him about, focuses on the councilmember’s alleged history of threatening the mayor of Myersville over a soured relationship between his construction company and the city itself. According to Rodgers, Delauter’s prickly disposition ultimately lost him the political support of municipal officials in Myersville and Thurmont, a neighboring city. Instead, the conservative officials backed Delauter’s Democratic opponent currently vying for his seat on the council.

"The first amendment is alive and well in Frederick County," the statement reads. "As a public figure working to maintain and improve the county, it can be very frustrating to feel misrepresented or misinterpreted by a local media outlet.”