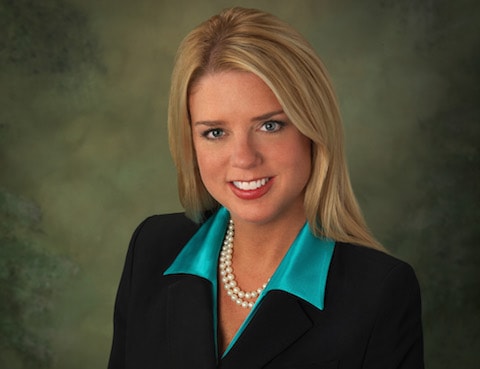 Modern-day Anita Bryant Pam Bondi was stopped by News Service Florida to talk about the recent developments with the lifting of the ban on gay marriages in Florida. Though Bondi wished to extend the newly-married gay couples an insincere olive branch, she explained that her opposition to gay marriage was because she and her solicitor general just wanted "uniformity" throughout the state of Florida and the country.

You can watch the interview with AG Bondi AFTER THE JUMP…