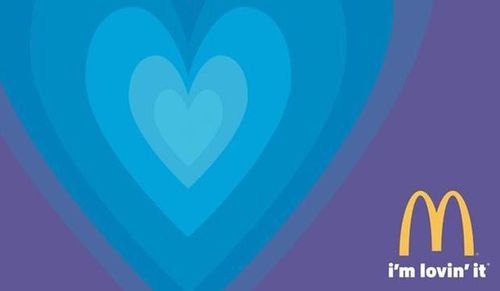 As the world’s biggest hamburger chain fights to hold onto customers, the company unveiled a new marketing strategy and ads it says will emphasize the “love” in its long-running “I’m Lovin’ It” slogan.

As part of the push, McDonald’s released TV ads it says will begin airing this week, including an animated video where the Joker and the Batman, a mail man and a dog, a blue donkey and red elephant and Smurfs and Gargamel show affection to each other and share McDonald’s products.

The upbeat spot ends with the words “Choose Lovin’, “ encompassed by a ring of hearts.