Energy Secretary Ernest Moniz and his hair take the internet by storm after the State of the Union.

First Lady Michelle Obama got a lot of social media play for her Michael Kors ensemble that was also worn by Julianna Margulies on The Good Wife as Alicia Florrick.

Chris Jenner will address his "changing appearance" on the upcoming season of Keeping Up With The Kardashians.

The hacker who leaked songs off Madonna's upcoming album Rebel Heart has been arrested: "Police in Israel have arrested a local man on suspicion of hacking into Madonna’s computer and releasing demo versions of songs on her new album Rebel Heart online. Israeli television’s Channel 2 news reports that the 39-year-old was arrested Wednesday following a month-long investigation involving a private investigation firm and the cyber crime unit of Israel’s Lahav 433, a crime-fighting organization comparable to the FBI."

Chris Hemsworth mugs for GQ Australia, talks about why Hollywood is kind of disgusting.

Judge on Ireland's High Court publicly comes out as gay. 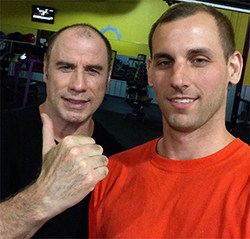 The guy John Travolta met in the gym at 3 A.M. says he "understood what was happening when it was happening": "It was in his body language. It didn’t make me uncomfortable, but I noticed it.”

Shia really was quite dirty for Sia's "Elastic Heart" video, says Maddie Ziegler: “I really did bite Shia, and it was gross because we were dirty and I had to bite his dirty hands,” Maddie told ET. “I kept wiping myself off and I kept handing the wipes to Shia and he was like, ‘I don’t need the wipes’ and I was like, ‘Yes, you do.’ I brought perfume and everything. I didn’t want to smell and he was like, ‘Oh, I’m totally fine with it. I don’t care.’”

Actor Tom Felton who played Draco Malfoy in the Harry Potter movies joined Pottermore and was sorted into Gryffindor, not Slytherin.

Responding to a New York Magazine article about a man wanting to marry his eighteen-year-old daughter, Rush Limbaugh says gay marriage is to blame: "I, sensitive and compassionate host didn't want to appear insensitive or jocular about this. But do you remember how everyone laughed when we warned you people about this very thing happening. Once society decided to redefine marriage, and redefine what makes up a legitimate relationship," Limbaugh said. He then mocked same-sex marriage supporters by saying, "Not enough love in the world, there's too much hate in the world. And whenever there's love in the world we should applaud it, we should not judge it we should embrace it."

HIV Equal announces testing and anti-stigma event in LA, “Test Your Might – Mortal Combat Ball” to take place REACH LA Dance Studio on February 8th, starting at 6 p.m. The campaign will host the event alongside a House and Ball competition. 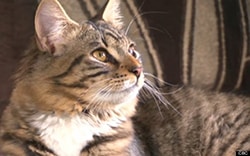 Meet Mittens, the intersex cat who is about to get a gender reassignment.

People are really upset over the fake baby used in American Sniper.

Ancient recyling: ancient copy of the Gospel of Mark was used to make Egyptian death mask – "This first-century gospel fragment was written on a sheet of papyrus that was later reused to create a mask that was worn by a mummy. Although the mummies of Egyptian pharaohs wore masks made of gold, ordinary people had to settle for masks made out of papyrus (or linen), paint and glue. Given how expensive papyrus was, people often had to reuse sheets that already had writing on them."

The Huffington Post asks, why does The New York Times give "equal voice" to Tony Perkins and his hate group Family Research Council?

Former high ranking exec at Irish TV station RTE says the station is anti-gay and anti-woman: "The list of RTE homophobes would give you chills … all happy to be such in 2000 not now in 2015," she tweeted. "Maybe it's time to go public with the 'great and the good' who caused heartache and misery to so many gay people?" Ms O'Rahilly said that because of her sexuality and gender, she and her colleagues suffered "side-lining, vitriol, barbed comments", which she said were "all on record still in a top lawyer's office in Dublin".