Mike Huckabee's hard-line stance against gay marriage went over well with First Baptist Church of Charlotte's congregation Thursday night. Said one attendee at the event: "He's logical, he makes sense…and he's a Christian. He would make a great president." 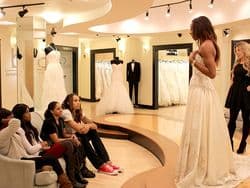 WNBA star Brittney Griner and her fiance Glory Johnson will pick a wedding dress on tonight's episode of Say Yes to The Dress: Atlanta.

Mitt Romney isn't running for president again. But he's going to get what he wants in the 2016 race.

Media Matters for America on Sarah Palin and the demise of the tea party media. "Note that Palin's accelerated descent this week represents a larger trend within the conservative media. It represents the decline of the tea party wing of the right-wing press and how a once-flourishing enterprise of outside upstarts, with their eyes on disrupting the GOP hierarchy, have in recent years faded in terms of importance and prestige within that sphere."

The GOP-controlled Senate has passed the Keystone XL pipeline. 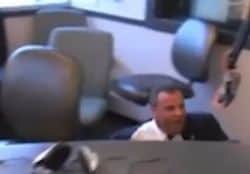 Eddie Murphy is returning to Saturday Night Live for the first time in 30 years.

Singer James Blunt has upset some folks with a "dropping the soap in the shower" gay joke.

Two men are on trial in South Africa for allegedly raping a lesbian to "show her that she is a woman.”

China's great internet firewall is getting taller - making it even harder to circumvent blocks to U.S. services like Google and Facebook.

Johnny Depp will reportedly tie the knot with girlfriend Amber Heard next weekend. 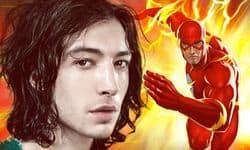 Ezra Miller reveals the bizarre story of how he became The Flash. “He says, ‘I have Zack Snyder on the phone, and he wants to talk to you about this DC Universe thing,’” Miller recalled. “And so [Snyder] got on the phone, and he’s just gung ho. He’s in it. He’s completely involved. And he starts talking about how I’m going to play The Flash. And I was just in this state of shock and disbelief.”

Speedo-wearing Ryan Lochte and his shirtless body train in Australia.

12 celebrities who support their gay siblings.

Mary Cheney wants to know why drag is "socially acceptable" but blackface isn't.