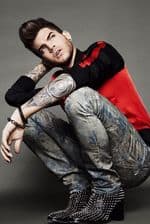 Adam Lambert announces his third studio album The Original High with the first single due out in April.

Bill Gates joins the growing list of tech heads worried about artificial intelligence. "I am in the camp that is concerned about super intelligence. First the machines will do a lot of jobs for us and not be super intelligent. That should be positive if we manage it well. A few decades after that though the intelligence is strong enough to be a concern. I agree with Elon Musk and some others on this and don't understand why some people are not concerned."

Jim Parsons is set to play God in the upcoming Broadway comedy An Act of God.

Senator John McCain wasn't having any of it today when protesters swarmed a Senate Armed Services hearing, with McCain calling them "low-life scum." 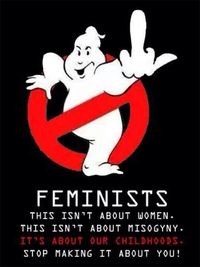 Some people aren't too happy with the all-female Ghostbusters remake cast.

Attorney General nominee Loretta Lynch took a typical, hard-line stance on marijuana in her confirmation hearings: "Not only do I not support legalization of marijuana — it is not the position of the Department of Justice currently, to support the legalization, nor would it be the position should I become confirmed as attorney general."

Disneyland unveils its magical plans to celebrate the park's 60th anniversary this summer. 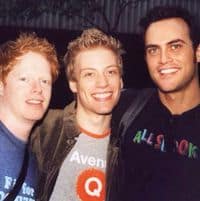 Headline from Florida: Zombie Cat In Tampa Rises From The Grave

David Beckham loves to embarrass his kids with hugs and kisses.

82-year-old Idahoan Sue Hovey decided to take one final pot shot at the GOP in her obituary last week. "Sue wanted her obituary to note that she was born Feb. 12, 1932, during a depression brought on by the Republican Party, and that she died on Jan. 13, 2015, during the recovery from a recession brought on by the Republican Party."

Tom Petty has no hard feelings towards Sam Smith following the recent settlement that landed him credits on "Stay with Me". "Sam did the right thing and I have thought no more about this. A musical accident, no more, no less. In these times we live in this is hardly news. I wish Sam all the best for his ongoing career. Peace and love to all."