Right Wing Watch digs into a new report examining the "organized assault on sexual and reproductive health and rights (SRHR) in Europe from the Catholic hierarchy and its conservative allies." Involved in these efforts is none other than NOM leader Brian Brown. 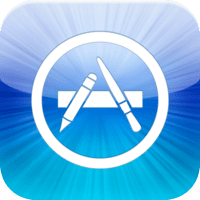 New record: During the first week of January, consumers spent half a billion dollars on apps and in-app purchases from Apple's App Store.

By a 110-69 vote, Vermont's state legislature has reelected Peter Shumlin as governor over Republican challenger Scott Milne. Lawmakers were forced to select the governor after no candidate received more than 50 percent of the popular vote back in the November general election.

The Cosby Show's Phylicia Rashad claims she was misquoted saying "forget these women" in reference to Bill Cosby's accusers.

Bo Obama enjoys the winter wonderland on the Rose Garden.

Michelangelo Signorile isn't buying Jeb Bush's "softened" tone on gay marriage. "Bush's newly-fashioned statement was meant not to scare off younger voters, suburbanites, and some wealthy fiscal conservative donors, while still dog whistling to the Christian right with the "safeguard religious liberty" bit — three words we will hearad nauseum in the 2016 presidential race."

Angelina Jolie met the Pope at the Vatican screening of Unbroken.

Actor Khan Bonfils, best known for his work on Star Wars Episode I and several James Bond films, has died after collapsing at a play rehearsal for Dante's Inferno in London. 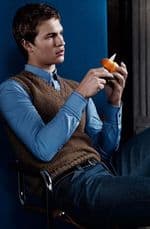 Check out this timeline of important event in LGBT equality in 2014.

Ansel Elgort is one of the new faces of Prada. We approve.

A deranged Florida father has been arrested on murder charges after tossing his 5-year-old daughter off a Tampa-area bridge.

The gay owners of Salt Lake City's The Queens' Tea (who were married on the first day of Utah's marriage equality last year) are being forced to close their business to cover the legal fees after a Seattle company with a similar name filed a trademark infringement lawsuit against them.

Will Mariah Carey follow in Britney's footsteps and perform a concert residency in Las Vegas this year?