A new study from Princeton and Northwestern Universities has depressingly concluded that the U.S. government is now an oligarchy serving special interest organizations instead of voters. 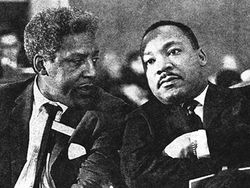 The Advocate has republished a 1987 essay by gay civil rights icon Bayard Rustin on Martin Luther King's views on gay people: "It is difficult for me to know what Dr. King felt about gayness except to say that I’m sure he would have been sympathetic and would not have had the prejudicial view. Otherwise he would not have hired me. He never felt it necessary to discuss that with me. He was under such extraordinary pressure about his own sex life. J. Edgar Hoover was spreading stories, and there were very real efforts to entrap him. I think at a given point he had to reach a decision. My being gay was not a problem for Dr. King but a problem for the movement." 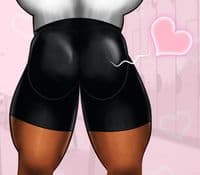 An inside look at the career of Judge Joseph Tauro, a district court judge who helped usher in marriage equality in Massachusetts over a decade ago and in 2010 became the first federal judge to strike down DOMA.

Lena Dunham has hired a real-life Olivia Pope to rehab her image.

A primary school teacher in Ireland has been awarded over $60,000 after she was discriminated against on the basis of age, religion, and sexual orientation when she applied for a job as school principal. The teacher was reportedly asked a series of intrusive and inappropriate questions during the job interview by one of the board members, including her thoughts on "the homos".

Mount Holyoke College, an all-women's school in Massachusetts, has canceled an upcoming performance of "The Vagina Monologues" because of concerns that the play was not inclusive of trans women.

Rick Santorum takes a shot at potential 2016 rival Mitt Romney. "Do you think wealthy people care whether their president cares about them? No. Who cares? Lower or middle income folks who are struggling. And guess what, our candidate only got [about] 19 percent of that vote. We better have a party and a movement that addresses and cares about the people who are losing hope and feeling like America doesn’t work for them anymore.” 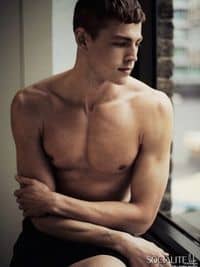 The New York Times on how the Supreme Court gay marriage decision this year could provide political cover for the GOP's 2016 hopefuls. "If the high court resolves the issue as expected in June, it could deliver a decision that has the benefit of largely neutralizing a debate that a majority of Americans believe Republicans are on the wrong side of — and well ahead of the party’s 2016 presidential primaries. To have the question disposed of and dispensed with, many Republicans say, could make their opinions on the matter largely moot, providing a political escape hatch that gives them an excuse to essentially say: “It’s been settled. Let’s move on.”

Turns out we've been loading our dishwashers wrong all these years.