My Husband's Not Gay premiere bombed in the ratings department, drawing just 1 million viewers and ranking 69th among all cable offerings.

Tom Hardy has dropped out of villain team-up film Suicide Squad due to Mad Max and other commitments. Word is Jake Gyllenhaal is being eyed to replace Hardy as Rick Flagg, the leader of the film's group. Reps. Jared Polis (D-CO) and Ileana Ros-Lehtinen (R-FL) have announced their plans to co-sponsor the charter for the LGBT Congressional Staff Association. This marks the first time a Republican has authored the charter, according to the group.

The United States Tennis Association is set to host its first tournament for same-sex couples in Palm Springs this March.

Mariah Carey is going to be performing in Vegas.

Vermont 10th grader Emily Richards has created a presentation celebrating marriage equality in Florida. "I feel strongly about gay rights, and being able to illustrate the journey that has been made with both the people and our government," she wrote to The Miami Herald.

John Travolta creeps up on a guy in an empty Florida gym at 3 in the morning. No this isn't the opening line of some bad joke. 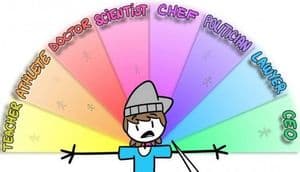 If you haven't yet stumbled across Adventures in Gay's new comic "The Importance of LGBT Visibility: Why I Want Everyone to Know I'm Gay," you owe it to yourself to check it out here.

Shocker: Study finds between 51 percent and 69 percent of mixed-orientation Mormon marriages end in divorce, well above the roughly 25 percent of LDS couples who split up.

The virulently anti-gay World Congress of Families hilariously/disturbingly claims "Russia is the hope for the world right now."

The Salt Lake Tribune picks apart Jeb Bush's "conciliatory" gay marriage statement. "So let us not get too carried away by Jeb 2.0. What he offered last week was less about extending olive branches than about trying to have his cake and eat it, too — to simulate change without actually changing. This kind of fence straddling will become all too familiar as conservatives grapple with the fact that marriage equality is here and, more to the point, that they have been — yet again — bypassed by social change and repudiated by progress."

The Washington Post: 2015 Oscar nominations show lack of diversity in a year when films didn't.

The National Gay Pilots Association is celebrating its 25th anniversary with the largest airline support and career event in its history.

Gay Times has released what it calls its "biggest naked issue ever" featuring a number of hot actors, athletes, and television personalities. (NSFW link) 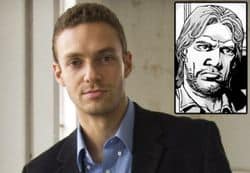 The Walking Dead has signed on newcomer Ross Marquand for the show's second half of season 5 and rumors are swirling that the actor will be playing Aaron, a prominent gay character from Robert Kirkman’s Walking Dead comic series.

Tennis legend Martina Navratilova chats with The New York Times about married life. "I want to write an article about it, how much it changes your life. And I’ve talked to other couples. You just feel much stronger. For me, it’s: Don’t mess with my relationship. Don’t mess with my family. It really gives you validation and gives you kind of a wall that you can lean on if something happens."

Meet Eclipse, the Seattle dog that takes public transportation all by herself.