Beginning yesterday people living in New York City will be able to have their birth certificates changed to reflect their gender identities without having had sexual reassignment surgery or having legally changed their names. The NYC City Council first passed the bill proposing the change last October. The new, more relaxed requirements to modify one’s birth certificate are designed to allow trans-identified persons easier access to a wide variety of other legal documents requiring proof of birth. 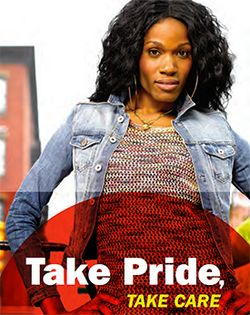 The challenges faced by transpeople without proper identification (obtained with birth certificates) are well documented. Last fall the Williams Institute released a damning report estimating that some 84,000 eligible trans voters could be disenfranchised by aggressive voter registration laws. Additionally a birth certificate that accurately reflects one’s gender is often necessary to obtain housing, employment, and marriage licenses in states that have yet to legalize gay marriage.

Clerical issues aside, dropping the medical requirements from the process allows a broader range of trans bodies equal recognition. 66% of transpeople elect not to undergo corrective surgeries because of the sheer cost and the fact that many insurance providers don’t cover the procedures. For those reasons, the American Medical Association has shifted its official position on the necessity of requiring transpeople to go under the knife to change their birth certificates.

“For many transgender people, a needless operation should not be a government requirement to amend a sex designation on a birth certificate,” AMA President Ardis Dee Hoven said in a public statement. “State laws must acknowledge that the correct course of treatment for any given individual is a decision that rests with the patient and the treating physicians.”