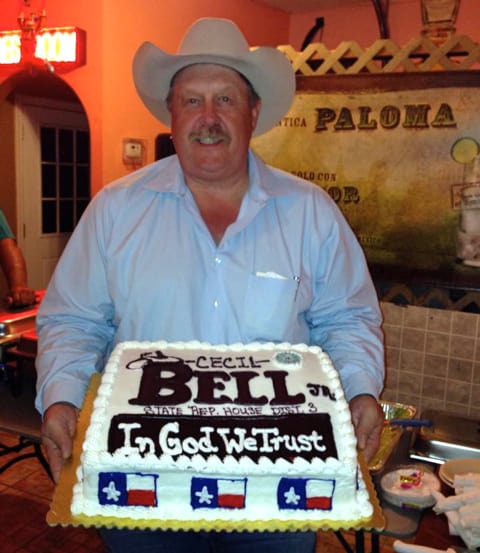 We're gonna go lay by the bay. We just may. But first we'd like to allay any possible dismay …

In one last, pathetic, legislative gasp against marriage equality, lawmakers in South Carolina and Texas have introduced bills that would revoke the salaries of state employees who issue or recognize same-sex marriage licenses.

In the Lone Star State, as we've reported, the legislation is authored by GOP Rep. Cecil Bell Jr. (above), who says same-sex marriage will cause “the moral degradation of the fabric that holds Texas together.”

In South Carolina, the bill was filed by GOP Rep. Bill Chumley (right), who says same-sex marriage goes against God's law and is "an attack on our moral foundation."

Not surprisingly, it turns out that Bell and Chumley are a little chummy, according to U.S. News and World Report:

“I don’t have a problem with the people it might affect,” Chumley says. “I don’t judge them. Our issue is with the amendment to the [state] constitution being thrown out. I believe the people of South Carolina have a sovereign right to say what they want and they have done that.”

Bell says he was inspired by Chumley’s bill and worries federal courts legalizing same-sex marriage would cause “the moral degradation of the fabric that holds Texas together.” He says such rulings would also be a “total usurping of the sovereignty of the state of Texas,” which he intends to prevent.

Good luck with that, Cecil, because:

“If the federal courts end up finally concluding – likely as a result of a Supreme Court decision – that there is a federal constitutional right to have one’s same-sex marriage recognized by states, then these laws would obviously be unconstitutional,” says Eugene Volokh, a professor at the University of California-Los Angeles School of Law.

Both bills say the legislation is immune from federal court challenges under the Constitution’s 11th Amendment, which limits the ability of people to sue states. Volokh says that's not accurate and that the bills “obviously can’t trump federal law.”

“The interesting prospect would be for a challenge to this law to move more quickly in the courts than the same-sex marriage ban challenge,” he says. “If a court were to get to the final merits on this legislation first, it could feel obligated to broaden the review to first consider the constitutionality of the same-sex ban before evaluating the constitutionality of the collateral limitation.”

Bell disagrees that his effort may inadvertently help supporters of same-sex marriage. “I don’t think that’s the case," he says. “That side of the world has never needed any incentive to litigate. They litigate for no reason at all.”

Even though we already knew these bills were unconstitutional, it's still reassuring to hear experts confirm that Bell and Chumney won't be able to deprive any gays of their wedding cake. After all, it's been obvious since our first post about Bell last week that he's a fan of the stuff, and now we've uncovered even more evidence from his Facebook page showing that when it comes to anti-gay wingnuts, he really takes the cake: 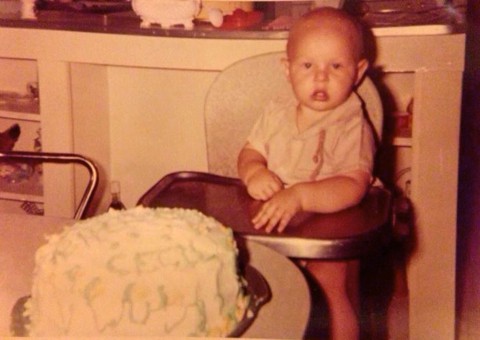 Check out two more shots, AFTER THE JUMP… 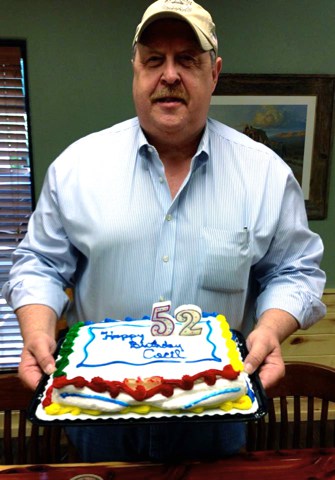 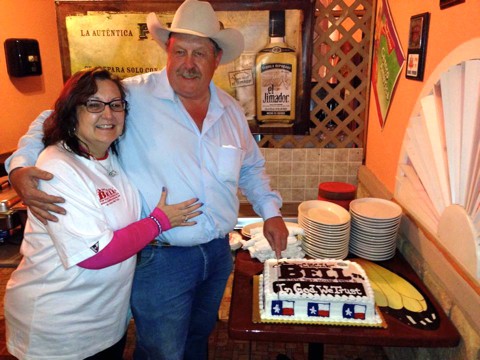