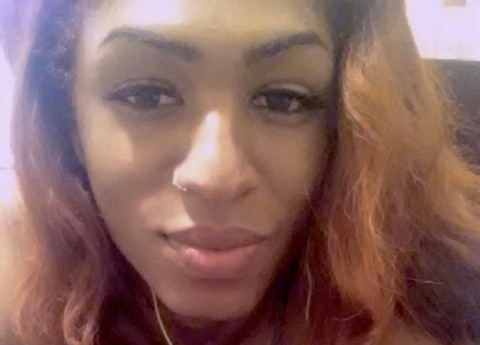 But attorneys for a former employee who's suing the department store chain say it isn't living up to that score.

Transgender woman Leyth O. Jamal (above), a former sales associate for Saks Fifth Avenue at Houston's Galleria mall, filed a lawsuit in September against the company, alleging wrongful termination based on sex in violation of Title VII of the federal Civil Rights Act of 1964, in addition to a hostile work environment, retaliation and breach of contract.

In court filings responding to Jamal's lawsuit, attorneys for Saks shockingly allege that Jamal isn't protected against discrimination under Title VII. The court filings also misgender Jamal and argue that Saks isn't bound by the nondiscrimination policy in its employee handbook, which includes gender identity. 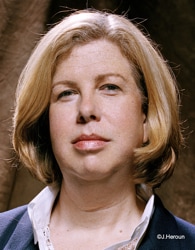 Attorney Jillian T. Weiss (right), co-counsel for Jamal, said in a statement that Saks is essentially claiming that “transgender people shouldn’t have protection from discrimination in the workplace.”

“Saks is touting its high score on the Human Rights Campaign's Corporate Equality Index, including its gender identity protections, and then arguing that its trans employees aren't entitled to expect it to deliver on that promise," Weiss said.

In a landmark 2012 ruling, the federal Equal Employment Opportunity Commission found that job bias against transgender workers qualifies as sex discrimination under Title VII. And earlier this year, Attorney General Eric Holder announced the U.S. Justice Department is taking the position that transgender employees are protected under Title VII.

However, in a motion responding to Jamal's lawsuit, an attorney for Saks wrote:

"Plaintiff’s claims should be dismissed in whole or in part for failing to state a claim upon which relief can be granted. Plaintiff’s sexual orientation and/or his sexual identity issues and/or his “gender identity” and/or his gender expression” and/or his alleged disability are not protected categories under Title VII."

In a subsequent motion to dismiss the lawsuit, Saks argued:

"Plaintiff’s discrimination and harassment claims fail to state a claim upon which relief can be granted because transsexuals are not a protected class under Title VII."

In her lawsuit, Jamal alleges she was forced to use the men's restroom while working at Saks. The lawsuit also alleges Jamal was told by a manager to have a more masculine appearance, and not to wear makeup or feminine-style clothing. Meanwhile, one co-worker called Jamal a prostitute and threatened physical violence against her.

In July 2012, Jamal filed an EEOC complaint, alleging discrimination based on gender. Ten days later, she was fired, prompting her to amend the complaint to include a charge of retaliation.

Several of Jamal's co-workers corroborated her claims, and the EECO concluded:

“Based upon the evidence, the Commission concludes that Charging Party was subjected to intimidation and harassment based on sex (male), and because of failure to conform to stereotypical male behavior in the workplace, in violation of Title VII. Further, the Commission concludes that Respondent has an unlawful policy or practice which denies employees access to restroom facilities consistent with their gender identity, in violation of Title VII.”

After conciliation through EEOC failed, Jamal filed the lawsuit.

In its response, Saks denies many of Jamal's allegations, but admits she was required to use the men's restroom.

Read the court documents, and watch a report from Click2Houston.com, AFTER THE JUMP …