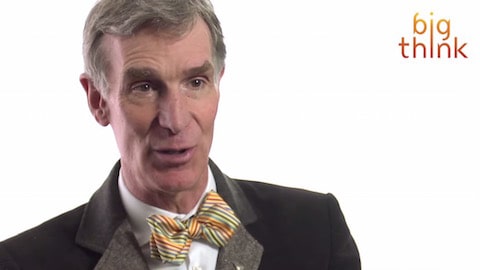 Following up his delightful video explaining evolution with emojis, science guy Bill Nye delves into the evolution of the dog. While not an in-depth dissertation – the video is only 3.5 minutes, after all – he hits on the major points, such as how the evolution of dogs was very likely a deliberate human intervention. Domestic foxes, for example, develop doglike physical characteristics such as floppy ears in as little as three generations.

You can watch him explain it all AFTER THE JUMP…

Previous Post: « Saks Fifth Avenue Shockingly Claims It Has A Right To Discriminate Against Transgender Employees
Next Post: Presbyterian Pastor Preaches Tolerance, But Fights To Suppress His Own Gay Desires »