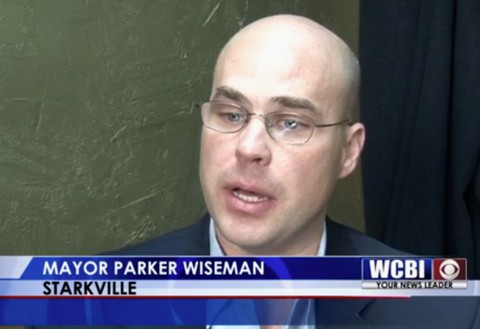 Starkville, Mississippi Mayor Parker Wiseman is standing up to bigoted and spineless members of the city's Board of Aldermen who are intent on repealing historic gay-rights initiatives approved last year.

Starkville, which has a population of 24,000 and sits adjacent to Mississippi State University, became the first city in the state to approve a statement of support for LGBT equality in January — and the first to extend benefits to the domestic partners of employees in September. 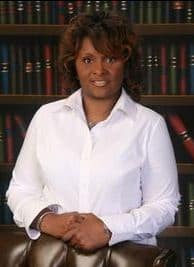 But those policies have been under fire ever since from anti-LGBT members of the city's Board of Aldermen, who initially voted to repeal domestic partner benefits two weeks later — claiming they didn't realize the new insurance policy they approved had included them. After Wiseman vetoed the repeal, Alderman Lisa Wynn (right) walked out of a meeting, leaving the anti-LGBT coalition one member short of the five-vote supermajority needed to override the mayor's decision.

Now Wynn reportedly has flip-flopped again — joining a 5-2 majority that voted last Tuesday to repeal both policies during a three-hour closed door meeting with no public input, scrutiny or record of how members voted. In a letter vetoing the latest repeal effort on Friday, Wiseman called out the aldermen, listing how they voted and eloquently defending the policies.

From Wiseman's letter vetoing the repeal of the statement of support for LGBT equality:

"On January 6, 2015, the Starkville Board of Aldermen went behind closed doors and without notice or explanation repealed its nondiscrimination resolution. To date, the Board has offered no explanation as to why it repealed a resolution against discrimination.

"I believe mistreating a person because of his or her … LGBT status is wrong. I believe in the dignity and worth of all people, and I believe that in a just society, all people must be equal in the eyes of the law," Wiseman wrote in his veto of the board's repeal of the non-discrimination language. "The equality resolution is about one simple thing, and that is how we treat each other. And I believe that our community is one that fosters love and respect for all, including our LGBT citizens. Accordingly, I veto the Board's action to repeal its resolution supporting equality."

And from his letter vetoing the repeal of domestic partner benefits:

"The sole purpose of the amendment on January 6, 2015 was to exclude domestic partners from coverage eligibility. I cannot abide a decision to deny any of our employees the opportunity to see to it that their loved ones can receive medical care when they are sick," Wiseman wrote in his insurance amendment veto. Furthermore, the Board took up the issue behind closed doors without any prior notice to the public. I find this action to be in direct conflict with our responsibility to be open and transparent with the public.

"I cannot abide a decision to deny any of our employees the opportunity to see to it that their loved ones can receive medical care when they are sick. It is an opportunity that the city is fully capable of providing and it costs the city nothing. Additionally, I am disturbed that the Board hid its action on the matter from the public until it was done. Accordingly, I veto the Board's order to amend the +1 coverage under the city's medical insurance plan."

The Dispatch reports that if the 5-2 anti-LGBT coalition holds it will be enough to override Wiseman's veto:

Starkville gained national attention with its LGBT-friendly policies — passed by the same board members who voted against them Tuesday — this year, but Wiseman said perception issues from Tuesday's closed-door meeting's results could tarnish the city's reputation.

"There's no question in my mind that this sends the worst possible message to the outside world about our community," Wiseman said Wednesday. "My biggest worry right now is the message it sends in our city and to our workforce. It says members of the LGBT community are not worthy of discrimination protections.

"I believe that's wrong in every sense of the word," he added. "I want members of the LGBT community to know that I will not give up the fight to ensure that discrimination will not be tolerated.

The five alderman who voted to repeal the measures were Wynn, Ben Carver, David Little, Roy A. Perkins and Henry Vaughn. In case you're wondering, their contact info can be found here.

Read Wiseman's letters vetoing the repeals, and watch a report from WCBI-TV, AFTER THE JUMP …

Previous Post: « Trailer For Second Half Of ‘Walking Dead’ Season 5 Debuts: VIDEO
Next Post: Imagine Yourself on Exotic Exoplanets With These Stunning Travel Posters from NASA: PHOTOS »