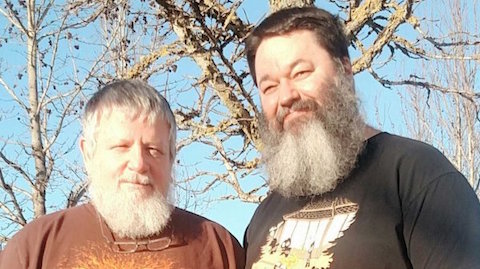 CJ Phillips and Charlie Rainwater, a self-described tech "bear couple" from Oregon, exhibited some remarkable foresight back in 2008 and decided to lay claim to a web domain that may prove frustrating for Florida's Jeb Bush sometime next year: www.JebBushForPresident.com. The site has had minimal activity on it since it was purchased, but with Bush likely planning to run in 2016 the couple are intending to use the site "as a platform to educate our friends and family about political impact to LGBT families."

This will come as a double-annoyance for Bush as not only will the most obvious domain name be out of reach (the .net is also owned by an independent third party, but .org seems to be available at least), but the site that does go up will likely draw very uncomfortable attention to Bush's anti-gay stances.