The communist government just reversed its ban on same-sex marriage. 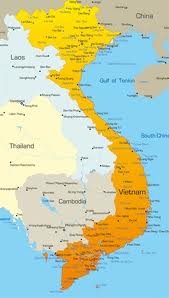 BANGKOK — US politicians of all stripes are fond of condemning Vietnam’s poor human rights record. As one US Senator from Arkansas puts it, America has a “moral obligation" to stand up to oppression” in the communist nation.

But when it comes to gay rights, conservative US states like Arkansas are actually lagging behind Hanoi.

Vietnam’s communist party abolished a ban on same-sex marriage last week. Unlike states such as Texas — where vindictive politicians want to stop paying any official who certifies a gay wedding — Vietnam’s political class has responded with a collective shrug.

Make no mistake: Vietnam is an authoritarian state. Dissent is criminalized. Critics who blog or protest against the government end up in prison. Human Rights Watch, which points to a “human rights crisis” in Vietnam, has catalogued abuses ranging from rampant bribery to abusive police.

Same-sex marriage still isn’t totally endorsed in Vietnam. Unlike for straight couples, whose marriages are protected by laws dictating rights to assets (and other legal perks), gay marriages aren’t fully recognized on par with traditional marriage. 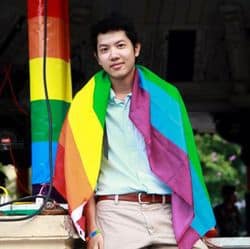 “But marriage is no longer banned,” says Luong The Huy (pictured), a legal expert with ISEE, a non-governmental organization formally titled the Institute for Society, Economy and Environment in Hanoi. “That’s important because anything banned in Vietnam is officially seen as harmful to society.”

“It’s not perfect,” says Nguyen Anh Tuan, the owner of Gay Hanoi Tours. “It’s not completely there but it is a great step in the right direction. … Vietnam has always adapted and by learning we become stronger individuals, families and country. I think everyone would agree Vietnam is a quick learner.”

Still, Vietnam is hardly a gay utopia. An ISEE study suggests that roughly one-third of Vietnam’s gay population is closeted. Gay couples holding hands on the street “may get some verbal abuse but it’ll probably be behind [their] back,” Huy says.

As Tuan puts it: “Some people will clap and cheer. Others will, I’m sure, shout and spit.”

Comparing the road toward same-sex marriage in Vietnam and the US is tricky, Huy says, because “we have a totally different system and context.” Vietnam — unlike much of the United States, or many of its Asian neighbors — isn’t under the sway of a religious doctrine casting gay couples as deviant.

In Aceh, the most orthodox corner of Muslim-majority Indonesia, gay sex is punishable by 100 lashes by a man in dark robes. The Philippines, a bastion of Catholicism and a former US colony, is mired in an America-style debate over same-sex marriage.

But Vietnam is an atheist state with few religious hang-ups. Gays in Vietnam are more likely to fear condemnation from mom, not God, according to Hoang Van Chuyen, operator of the gay-friendly service Rainbow Tourism Vietnam. “Almost all parents would like their sons or daughters to get married and have babies,” he says. This family pressure, he says, forces many gay Vietnamese to “live two lives” and conceal their romantic interests for fear of disappointing family.

Fully legalized gay marriage, with all of the benefits enjoyed by straight couples, may be in store for Vietnam in the near future. During official deliberations on same-sex marriage, Huy says, Vietnam’s officials were prepared to offer full benefits to gay couples.

But they retreated, he says, and decided to merely repeal the gay marriage ban in the eleventh hour. “The lawmakers,” he says, “are saying our society just needs a little more time to accept gay marriage.”