Writing in the Washington Post, gay CNN political commentator Sally Kohn has said that she wants her daughter Willa to be gay too 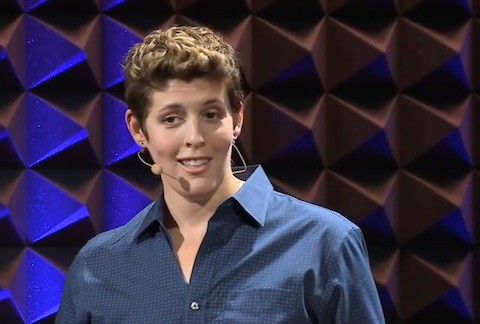 Writing in The Washington Post, gay CNN political commentator Sally Kohn has said that she wants her daughter Willa (right) to be gay too. 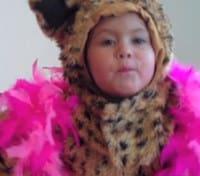 Kohn picks apart a common theme that nobody would choose to be gay. She argues that although her straight friends can grudgingly admit that they would prefer their children to be straight, admitting that she wants her daughter to be lesbian is like saying “I want her to grow up to be lactose intolerant.”

She continues that although straight people possibly mean well because it’s easier to be heterosexual in a homophobic culture, this attitude complies with and reinforces that culture.

Noting that adults “define happiness as some variation on our own lives,” Kohn says that for her being gay has never been anything but a positive experience and she will work “to destroy any barriers along [her daughter’s] path, not put them up myself.”

She concludes that her daughter will find only support and encouragement, regardless of her sexual orientation:

“Time will tell, but so far, it doesn’t look like my 6-year-old daughter is gay. In fact, she’s boy crazy. It seems early to me, but I’m trying to be supportive. Recently, she had a crush on an older boy on her school bus. She was acting as any precocious, socially awkward child would, which is to say not very subtle. I confided in a friend who has an older daughter. ‘She wants to give this kid a card and presents,’ I e-mailed. ‘The other kid is so embarrassed. It’s painful to watch. What do I do?’

“My friend wrote back with a slew of helpful advice, ending with a punch to my gut: ‘Bet it wouldn’t bother you so much if her crush was on a girl.’

“She was right. I’m a slightly overbearing pro-gay gay mom. But I’m going to support my daughter, whatever choices she makes.”

Watch a 2010 video in which two-year-old Willa explain why Bush-era tax cuts for the wealthy should not be allowed to expire (no, seriously), AFTER THE JUMP…