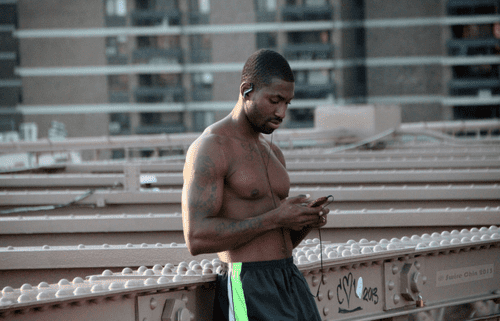 In a thoughtful essay penned for Complex, writer Michael Arceneaux takes to task the problematic (and increasingly disproven) idea of the black community as the “boogeyman of homophobia.”

“Most of the people who have given me grief about my sexuality have been black like me, though I’ve been around mostly black people my entire life,” he writes. “It’s more about geographic and socioeconomic status, not inherent biases.”

"To that end, my individual experiences do not speak for the collective. It’s dangerous to use anecdotes to diagnosis a community of its purported ills. Never forget that there is a world beyond yours."

Fox’s new musical drama ‘Empire’ is doing work to showcase the complex relationships that exist between black parents and their queer children, Arceneaux writes. Certain aspects of the show’s plot, however, reinforce stereotypical notions of a homogenous anti-gay bias that have come to dominate many gay peoples’ conceptualization of black people.

That same flawed logic of ignoring truths borne out of statistical analysis can be connected to the sexual stigmatization of black and Latino men, who are often singled out in discussions of HIV transmission rates. Cultural intolerance is typically presented as the reason as to why populations of poor, queer men of color are at particular risk for HIV and.

The same is often attributed to trans people of color, who disproportionately experience violence and are at higher risk for murder. In reality these populations suffer not because of culture-wide oppression, but rather because of a fundamental lack of targeting by state-backed health and wellness initiatives.

“Blacks are not the X-Men of anti-gay bigotry. We don't have some superior level of homophobia compared to other groups…I’m open to talking about homophobia within the black community, but the conversation will go no where if it is prefaced with the notion that black folks are more homophobic than everyone else.”

Previous Post: « Ballsy French Ad Explains Why We Don’t Have Unicorns Today: VIDEO
Next Post: Powerful Gay-Inclusive Super Bowl Ad Asks ‘What Would You Do For Love?’ – VIDEO »