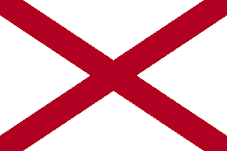 The 11th Circuit earlier today announced it would not extend the stay. In response, Alabama Attorney General Luther Strange announced he would ask the Supreme Court to intervene and keep the stay in place beyond February 9, when the stay is set to expire. At the same time, the plaintiffs for whom Judge Granade ruled, asked Granade to lift the stay:

“Plaintiffs respectfully submit that there is no reason for this Court’s stay to remain in place until February 9, 2015, as the Court made clear that this Court’s stay was to allow the Defendants time to seek relief from the Eleventh Circuit on that issue,” lawyers for Cari Searcy, Kimberly McKeand, and their son wrote in the motion filed Tuesday. “The Defendants have done so, and the Eleventh Circuit has denied their motion.”

Plaintiffs' motion for an immediate lift of the stay is DENIED. If the Supreme Court denies a stay or does not rule before February 9, 2015, this court's stay will still remain in place until that date to allow the Probate Courts of this state to be completely prepared for compliance with the rulings in this case and the Strawser case.