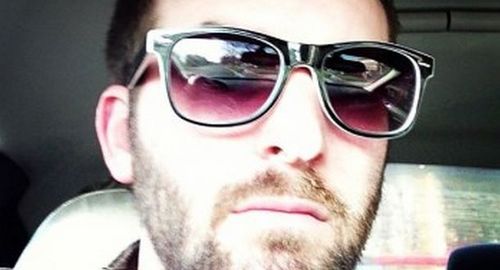 The Escapist, for the unfamiliar, is an online magazine dedicated to pop culture with a very strong focus on video games. Earlier this week Alexander "Archon" Macris, GM & SVP of Alloy Digital, the parent company of The Escapist, had an announcement to make: two new writers have been hired on to the staff!

Great news, given the site's diminishing roster as of late. There's just one problem though. That first name, Brandon Morse? Yeah…he's kind of transphobic.

Morse lives in Waco, is a contributor for Rare.us – a right-leaning site that holds Herman Cain as one of their all-star voices – and thinks that transfolk are faking it:

If you want to be trans, then you go right ahead. Don’t force everyone else to pretend along with you.

Right…because dealing with the emotional distress and social fallout, which includes astronomically high rates for being victims of violence and discrimination, is something people want to deal with. This is not a new attitude for Morse as past tweets show his contempt with full-blown mockery:

Trans sic kin boogity boogity goolah! RT @EWErickson: If you have an X and a Y, you're a guy. It's biology.

The wingnuts at Michelle Malkin's Twitchy are ecstatic over the news, mostly over the fact that it's causing "butt-hurt", but when a site that mocks the execution of homosexuals is in your corner perhaps it's time to revise one's perspectives on, well, everything.

Morse, however, is unlikely to revise anything as even his current posts show that he's more content to double-down and even make the so-absurd-it's-laughable comparison of trans discrimination to gamer discrimination:

.@desertfox899 All gamers deserve not to be misgendered, oppressed, told their sock puppets, accused of racism, misogyny, called terrorists.

Congratulations, The Escapist. That's quite the winner you've got there.

Previous Post: « This Day in the Life of a Gay Couple on a Military Base Shows How Far We’ve Come Since 2011: VIDEO
Next Post: News: Net Neutrality, Raven, Ice Music, Zelda Williams, D.C. Pot »