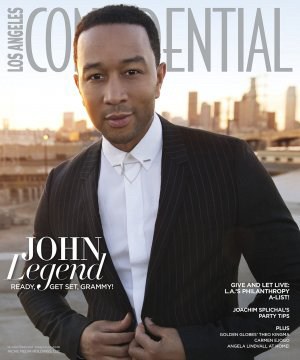 Oscar-nominated singer-songwriter John Legend has pulled out of a party that was to be held in his honor at the Beverly Hills Hotel because of a boycott of the hotel that was launched over the hotel's owner, the Sultan of Brunei, enacting sharia law in his country, law that calls for the stoning of gays and adulterers. The party is to be hosted by L.A. Confidential magazine. Legend currently appears on the cover of the magazine's December/January issue.

The party would be the first notable event held at the BHH since early 2014 when the boycott started following the Sultan of Brunei's passage of barbaric Sharia Law, which calls for the stoning of gays and adulterers. (Sultan Hassanal Bolkiah owns the BHH and the Hotel Bel-Air through his Dorchester Collection.)

Reached by THR on Monday, the magazine's publisher Alison Miller said in a statement: "Los Angeles Confidential Magazine is an avid supporter of equal rights for all people. Our decision to hold our event at the hotel in no way suggests that we support any anti-human rights policies."

A day later, Legend's rep Amanda Silverman told THR that her client is no longer going. "John Legend will not be attending the L.A. Confidential party at the Beverly Hills Hotel on Thursday, February 5th in light of the horrific anti-women and anti-LGBT policies approved by the hotel's owner, the Sultan of Brunei. These policies, which among other things could permit women and LGBT Bruneians to be stoned to death, are heinous and certainly don't represent John's values or the spirit of the event. John does not, in any way, wish to further enrich the Sultan while he continues to enforce these brutal laws." 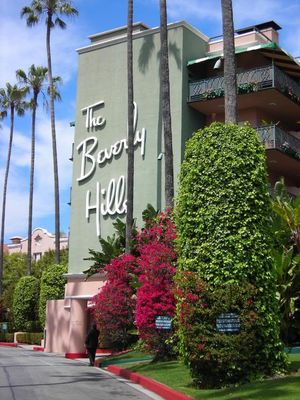 L.A. Confidential has not commented since Legend made his announcement. Legend and wife Chrissy Teigen are still listed on the media alert. Reports have surfaced that Legend requested that the magazine move the event to a different venue, a request the magazine was allegedly unable to accommodate given the short notice and the fact that most major event spaces in Los Angeles are booked in the lead up to this Sunday's Grammy Awards.

THR also speculated as to whether L.A. Confidential was attempting to test the waters, so to speak, to see if it would be safe from a PR stand-point to return to the Beverly Hills Hotel as the boycott has drawn on without an end in sight.

The Human Rights Campaign (HRC) has urged L.A. Confidential to find another venue for the event:

"We feel strongly that those who support the rights of women and the LGBT community should take their business elsewhere. I write to ask that you reconsider your decision to host an event at the Beverly Hills Hotel, or any hotel owned by the Sultan of Brunei, and join other prominent organizations who have found alternative venues," HRC global director Ty Cobb writes in the letter, obtained exclusively by THR. "LGBT citizens in many countries around the world remain persistent targets of harassment, arrest, and violence. Though it has long been the case that LGBT Bruneians and LGBT travelers to Brunei are considered criminals for simply being who they are, this decision means that Brunei will soon become the tenth nation that includes the death penalty as an option for 'punishing' LGBT people."

Previously, Kim Kardashian and Rose McGowan have criticized the boycott of The Beverly Hills Hotel, arguing the boycott hurts the hotel staff more than it does the Sultan.