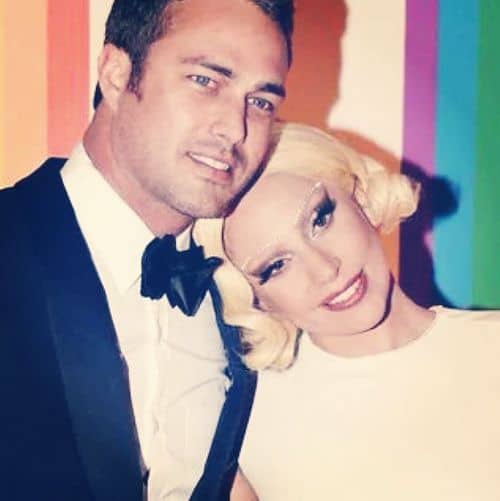 He gave me his heart on Valentine's Day, and I said YES!

The singer and her fiancé first met on the 2011 set of Gaga's "You & I" music video, which was shot in Nebraska. Not ironic, Gaga wore her mother's actual wedding gown in scenes of the racy video, which starred Chicago Fire hunk Kinney as the object of her affection. They started dating several months later, split briefly in May 2012, and got back together the following month.

Watch the You & I music video, AFTER THE JUMP…