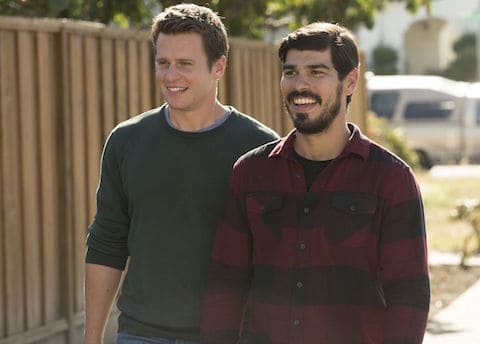 Each week, there are still loads of comments bemoaning Looking's 30-minute format. On episodes like tonight's "Looking For the Truth" (and last season's "Looking For the Future," which we'll talk much more about later), some of that gets addressed by isolating characters and focusing on less of the ensemble. The episode feels fuller when some of the storylines get a little more room to breathe.

We spent literally zero time with Dom (Murray Bartlett) tonight, and I don't think the episode suffered because of it. Not because his isn't a compelling character, but we were given more rich moments with Patrick (Jonathan Groff) and even Agustin (Frankie J. Alvarez).

Let's chat about a few key points from tonight's installment, AFTER THE JUMP … 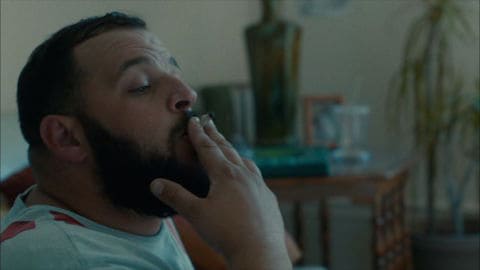 Towleroad: I feel like episode five of season two feels like a companion piece to that fifth episode of season one. Was that intentional or was that a beat you were hoping to harken back to? I thought it was an interesting echo between to the two seasons.

Michael Lannan: I think definitely there’s an echo there. That was such an awesome, exciting moment for the two of them in season one, and then in season two, it’s more complicated between them. In season one, that episode was sort of about discovery, finding out about each other and reaching into each other’s past and discovering a future; or, in that case, deciding not to know about the future. In season two, it’s more about how do you come back together? You already know each other. How do you reconcile the differences between you and the things that you have between you now? I think that is a very apt comparison.

Previous Post: « Alabama State Rep. Pledges to Use ‘Every Legislative Remedy and Tool’ to Fight Gay Marriage
Next Post: Watch the Hilarious Return of Celebrity Jeopardy on the SNL 40th Anniversary Special: VIDEO »