A (Pope Francis-backed) referendum that would have reinforced Slovakia's existing laws against gay marriage and adoption rights has failed due to low voter turnout, The Wall Street Journal reports: 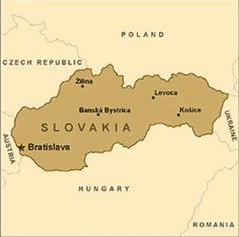 Only 21.4% eligible voters cast their ballots, below the required 50% quorum in this predominantly Roman Catholic country of five million people to make the national-vote results legally binding, according to the Slovak electoral commission. Poll results were based on data collected from nearly all polling stations.

The preliminary results showed that most of those voting in the referendum agreed to all three questions it asked: whether marriage can only be a union of a man and a woman; whether to ban same-sex couples from adopting children; and whether parents can let their children skip school classes involving education on sex and euthanasia.

The Slovak anti-gay vote followed a similar referendum that succeeded in Croatia, also a Roman Catholic EU member, in 2013. The different results reflect cultural differences within Europe on gay rights. Some people in mostly ex-Communist eastern EU states, including also Hungary and Poland, are against what they view as excessively liberal policies such as legalizing various forms of same-sex unions and children adoptions by gay couples possible elsewhere in the 28-nation bloc, including Austria and the Czech Republic.

The Slovakian outlet SME.sk reported just after midnight local time that voter turnout was 21.3%, with 99% of precincts reporting. The outlet reported that 94% of those who cast ballots on Saturday voted in favor of the ban on marriage equality, but opponents of the initiative encouraged people to stay home so that a “yes” vote would be invalid.

The ballot included three questions. The first asked voters if marriage should be defined as a union between a man and a woman. This was mostly symbolic, because Slovakia’s parliament established that definition in the country’s constitution in a June vote.

The other two questions would have changed existing law if passed, asking if same-sex couples should be denied the right to adopt and whether parents should have the right to withdraw their children from sexual education classes.

The referendum was backed by anti-gay U.S. organizations including NOM and Alliance Defending Freedom – as well as the World Congress of Families. These organizations' international anti-gay efforts were documented last year in the HRC's "The Export of Hate" report.