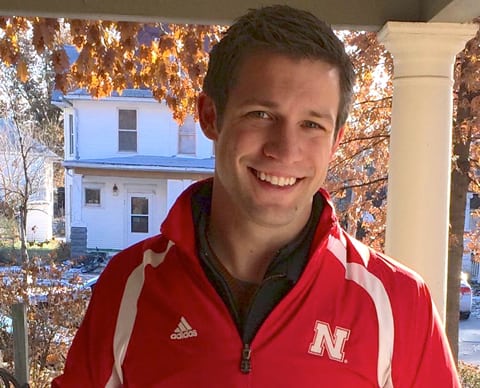 A Nebraska state senator obliterated an anti-gay witness Wednesday during a committee hearing on a bill that would allow gays to serve as foster parents.

Nebraska is one of only two states, along with Utah, that prohibits gay foster parents, and the law is currently being challenged in court.

Sen. Jeremy Nordquist, D-Omaha, has also introduced a bill to overturn the ban, which was heard by the Unicameral's Judiciary Committee on Wednesday.

Anti-gay attorney Greg Neuhaus told the committee he felt the bill is "promoting an agenda," according to a video posted by Aksarbent.

Neuhaus then said that in addition to sexual orientation, the bill would also ban discrimination based on marital status, saying he's "just as opposed to placing a child with an unmarried heterosexual couple."

"And why's that, sir?" Morfeld responded, his voice rising.

"Because I don't think it's in the best interest of the child," Neuhaus said.

"I didn't say she did. No," Neuhaus responded.

Sensing he was in trouble, Neuhaus then tried to get up and leave the witness table.

"I'm not going to just be lectured to," he said. "If you want to ask me a question, I'll answer it."

Morfeld responded that Neuhaus could walk away, but he was going to finish regardless.

"Under your rationale," Morfeld said, "my mother who's a single mother likely isn't the most fit parent, and the point that I'm trying to make is that fit parents come in all shapes and sizes, all kinds of sexual orientations, and that's all I have to say. Thank you for your testimony."