In a news conference with German Chancellor Angela Merkel today, President Obama said he was still weighing whether to arm Ukraine in its conflict against Russian-backed rebels. Merkel, meanwhile, opposes provided Ukraine with weapons to fight separatists in its east.

NASA shows us a sneak peek at the far side of the moon.

Kanye West pulled a fake "Imma let you finish" on Beck when Beyonce didn't win Album of the Year during last night's Grammys.

Bruce Jenner's rep says he was not texting during the fatal car crash in Malibu over the weekend.

Oregon Gov. John Kitzhaber is in hot water amid mounting concerns that his fiancée Cylvia Hayes helped craft the state's economic policy while being paid by a think tank to promote the plan.

How many Americans are actually anti-vaxxers?

The story of how Franklin became the Peanuts' first black character.

Scientists in Beijing have created a see-through eggshell that allows the growth of a bird embryo to be monitored in a laboratory.

A joint Beyonce – Jay Z album is reportedly coming out later this year. 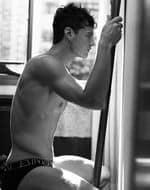 Zoolander 2 will begin filming in Rome this spring.

A Pennsylvania teen has been charged with murder after authorities say he took a Snapchat with the dead body and sent it to a friend.

Michelle Obama says she nixed boxed macaroni and cheese from her family's diet after deciding "cheese dust is not food."