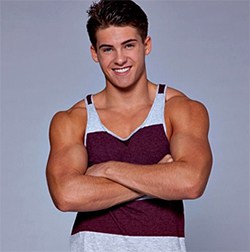 President Obama asks Congress for war powers to continue fight against ISIS: “I do not believe America’s interests are served by endless war or by remaining on a perpetual war footing,” Mr. Obama said in a televised statement in the Roosevelt Room of the White House on Wednesday afternoon. He added that the three-year time frame was not a timetable announcing how long the mission would last. “What it is saying is that Congress should revisit the issue at the beginning of the next president’s term.”

Speaking of the Oscars, is this what Adam Levine will be wearing (or not wearing) to Hollywood's biggest night?

Teen Wolf adds a new hunk to its roster of heartthrobs.

Arrow fans may be in for some plot twists that involve Colton Haynes. 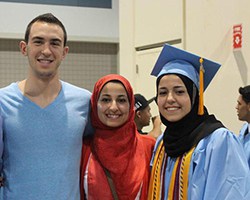 Three Muslims killed near University of North Carolina at Chapel Hill Wednesday. Questions emerge as to what role, if any, religion played in their demise.

Defiance: less than half of Alabama's counties are currently issuing marriage licenses to same-sex couples.

Search is underway for Ireland's most LGBT friendly workplace. 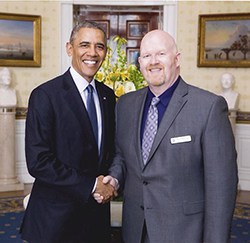 Oregon's first out teacher of the year endured a year of harassment from his school district.

And plans to record with Taylor Swift.

Bruce Jenner reportedly not under the influence of drugs or alcohol at the time of his Malibu car crash that left one person dead.

New study finds LGBT adults have better self-esteem, lower levels of depression if they came out while in adolescence.

Previous Post: « Spot The Robotic Dog Is Here To Give You Nightmares About The Robot Uprising – VIDEO
Next Post: New Greek Justice Minister Promises Legal Recognition For Same-Sex Couples »