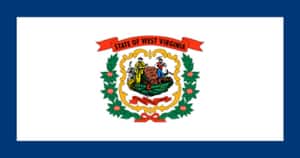 H.B. 2881, a bill that would ban local municipalities in the state of West Virginia from enacting LGBT anti-discrimination ordinances, advanced out of committee today and now moves to the House floor for an up or down vote. The bill is a facsimile of the anti-gay bill Arkansas recently enacted.

The bill, named the "West Virginia Intrastate Commerce Improvement Act", claims its intent is to "improve intrastate commerce" and business by enacting "uniformity" of laws, thus benefitting "the businesses, organizations and employers seeking to do business in [West Virginia] and will attract new ones to [it]." In actuality, the bill prevents local governments from protecting its LGBT citizenry from discrimination.

(a) No county, municipality or other political subdivision may adopt or enforce a local law, ordinance, resolution, rule or policy that creates a protected classification or prohibits discrimination on a basis not contained in state law.

(b) Any local law, ordinance, resolution, rule or policy adopted before the operative date of this act that violates subsection (a) of this section shall be null and void.

Prior to the bill advancing out of committee, Andrew Schneider, Executive Director of Fairness West Virginia, told The New Civil Rights Movement,

"HB 2881 not only prohibits the rights of communities to govern themselves but it also interferes with democracy in its purest form: city and town councils. When a nondiscrimination ordinance or resolution is considered or passed, each community has the opportunity to speak out against it, vote the city or town leadership out of office, or repeal the ordinance. There’s no need for interference by the state legislature."