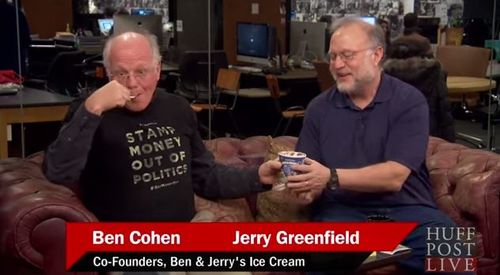 Ice cream makers Ben Cohen and Jerry Greenfield are no strangers to speaking out about social causes, having previously celebrated marriage equality with the "Hubby Hubby" flavor in Vermont in 2009 and the "Apple-y Ever After" flavor over in the UK back in 2012.

With marijuana legalization in two states and the District of Columbia (kind of), the two were asked in a recent sit-down with HuffPost Live whether they'll be releasing a cannabis-flavored ice cream in the future and make every stoner's dream come true.

Hear what they have to say, AFTER THE JUMP…