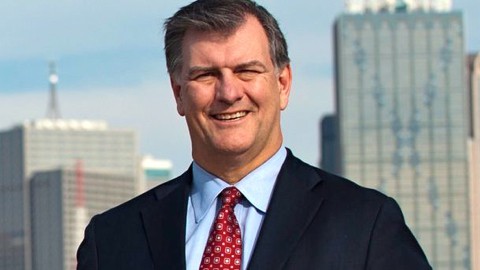 Hundreds of mayors from across the country have signed an amicus brief in support of same-sex marriage to the U.S. Supreme Court. 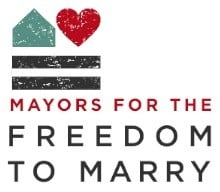 Three years after its launch in 2012, Mayors for the Freedom to Marry today signed onto a friend-of-the-court brief urging the Supreme Court to end marriage discrimination nationwide. The brief includes 226 individually named mayors as well as 40 cities across the country, from towns as small as Thompson, North Dakota, to the five largest cities in the nation, as well as the U.S. Conference of Mayors, the National League of Cities, and the International Municipal Lawyers Association.

“We launched Mayors for the Freedom to Marry three years ago because mayors are closest to their constituents and communities and singularly able to make the case that marriage makes for stronger families and a more vibrant economy,” said Marc Solomon, national campaign director of Freedom to Marry. “We’re very proud of the 700 mayors who have been a part of Mayors for the Freedom to Marry over the three years of this campaign. This brief demonstrates the diversity of leaders across the country who know that America is ready for the freedom to marry and want the Supreme Court to bring our country to national resolution.”

Perhaps most notable among mayors who signed the brief is Mike Rawlings of Dallas (above), who created a firestorm in 2012 when he refused to sign the pledge to join Mayors for the Freedom to Marry. Rawlings also later scuttled a City Council vote on a marriage equality resolution. But The Dallas Morning News reports that Rawlings has finally evolved to the point of taking a public stand on the issue:

“I am not a big fan of signing toothless pledges because I don’t find them very significant,” Rawlings said. “But this is significant and I feel like I am speaking for hundreds of thousands of citizens of Dallas, Texas. I wanted to make sure the Supreme Court knows that there is mayor in Texas, and in one of the top 10 cities in the country, that feels that the city of Dallas will be better off (with gay marriage.)” …

“This is a personal issue for me,” Rawlings said. “I have so many friends in the LGBT community and this is really a moment of truth for them and for me. I am so proud not only to be rooting for this case to succeed, but also to be actively petitioning the Supreme Court on their behalf.”

(On a side note, as the reporter who broke the story about Rawlings' refusal to sign the pledge, and relentlessly hounded him for years afterward, I called him on his cell phone this morning to personally thank him.)

According to Freedom to Marry, other key signers of the brief include:

Read the full amicus brief and find out if your mayor signed on by scrolling to the bottom, AFTER THE JUMP …

Previous Post: « MUSIC VIDEO PREMIERE: Jimmy Somerville Will Have You On Your Feet With ‘Some Wonder’
Next Post: 5 Credit Card Tips Every Traveler Should Know (But Doesn’t) »