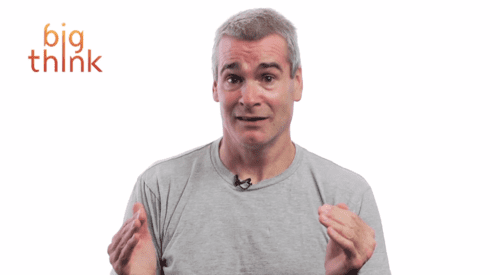 In Henry Rollins’s opinion the most vocal and powerful opponents of LGBT rights and marriage equality not so secretly need queer people. In an interview with Big Think (that’s making the internet rounds once again) the former Black Flag frontman explains that for all the vitriolic rhetoric political and social conservatives hurl at gay people, they’d find it much more difficult to rally their social policies if they didn’t have a broad, easily identifiable enemy to target. Most opposition to gay marriage, Rollins went on, is likely just posturing, rather than an actual deep hatred for queer people.

“I am not convinced that that many people really have a problem with gay marriage,” said Rollins. “I think that there are absolutely some people who hate and fear the gay and are very opposed to the gay marriage.”

“I think that it has become a consistent and dependable fundraiser to where if every homosexual person in America said ‘ok, we’re awful, we have a bad lifestyle, and we’ll slither under the rock that we should be living under and we’ll never ask to be married again,’ they would lose a major fundraising tool. People on the right would go ‘no, no, no, come back queer wanna-get-married guy, we need you in the bible belt.”