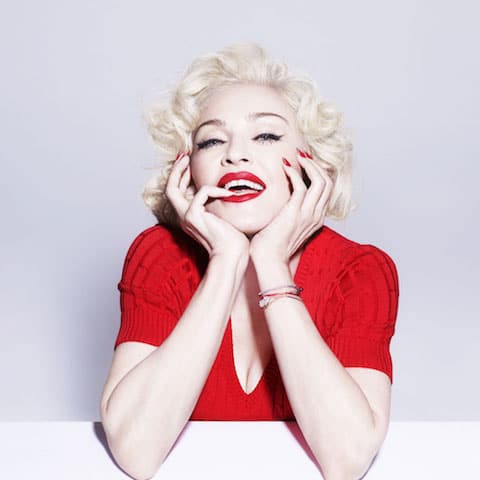 Today, Madonna drops her thirteenth studio album and, frankly, her best work in at least 15 years. The full Rebel Heart experience is a genre-spanning affair, as bold and uncompromising as its iconic star. 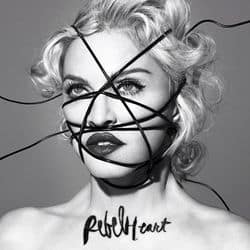 The record will no doubt stir some debate in social circles, as it has in a smattering of early reviews. Will you fall into the camp that loves strummers like “Devil Pray” and “Rebel Heart”? Is lead single “Living For Love” throwaway pop bombast or Madonna’s best single since “Hung Up”? Are you charmed by the plucky “Body Shop” or do you find the metaphor instantly tiresome? Folks seem to agree that Rebel Heart is one of Madonna’s strongest 21st-century outputs, but which tracks are highlights and which are skippable seems to differ from listener to listener. Sonically, the diversity could be attributed to the bevy of collaborators who helped craft the sound of Rebel Heart. Hit-makers like Avicii, Kanye West and Diplo appear throughout the liner notes, each leaving their imprint among the collection of tracks.

It’s the lyrical content that keeps the whole affair feeling cohesive, with Madonna at her most personal at its center. She’s opening up about lost love, she’s discussing the price of prominence and reflecting back on one of the most notable careers in pop music history. Of course, this is still Madonna, so there’s plenty of sex, religious imagery and Queen of Pop posturing to go around, but throughout the far-flung ideas that make Rebel Heart so worthy of study, Madonna’s resilient spirit permeates each moment.

We had the chance to talk to her Madgesty last night along with several other journalists. She graciously entertained questions about the album, those leaks, and how she’s seen the gay community change around her.

Here are some highlights of what she had to say at the roundtable conversation.

And don’t miss our other Madonna feature up today: 26 Moments That Make Madonna The Most Pro-Gay Pop Ally of All Time. 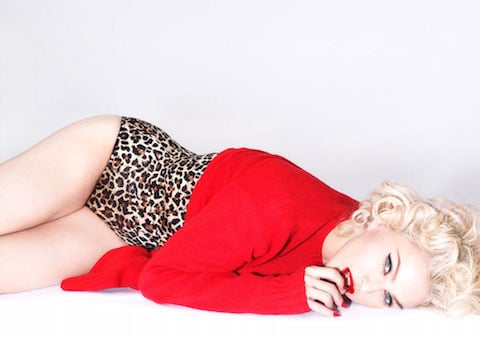 What’s your whole perspective on hookup culture and apps and the way people are dating now?

It’s part of the modern world we live in. I think there are just as many assholes meeting the old-fashioned way as there are meeting in the new hookup culture. Did [the Rebel Heart leaks] change anything about the way the album’s tracks were sequenced?

It changed everything. First of all, it drove me insane, and made me feel an overwhelming sense of anxiety. It made me second guess everything, because suddenly I thought, ‘Oh god, everyone’s heard all these demos.’ There were some demos that I actually liked the demo version of, and I thought, ‘Well they heard the demo, now they’re going to be expecting other things.’

Then they heard the next level of versions, and it kept making me think ‘Should I change it, or should I just leave it how it was?’ I was second guessing everything rather than having to just choose for myself and put it out as I would normally, as an artist. I would make that choice with a small group of people around me, hearing people’s points of view and all the people that I’m working with. I would make those choices. The way he leaked it and the way the stuff started coming out and coming out and coming out in all these different incarnations, it kind of drove me crazy. Then it started making me think I don’t even know what version I should be putting out.

Some people were like ‘Ooh, I love it! I love it!’ and I was like, ‘No, don’t love it, because that’s not the thing.” So, it was crazy-making … A lot of these things were being sold on my supposed fan sites and I kept thinking, well, my fans should be supporting me and protecting me. It’s very confusing, the whole thing confused me. Still does.

What are some differences between the gay audiences you see coming out in 2015 versus the audiences you’ve seen in 2005 or ’95 or ’85? How have you seen the community evolve around you?

When I first came up, the whole AIDS epidemic was starting, and the gay community that I experienced from the beginning of my career was mostly — and overwhelmingly — concerned with staying alive. And, also, I felt really aware of the preciousness of life and time. The gay community and people who were HIV-positive were treated so badly, and I was very disturbed by things. But I also saw a lot of love and connection in the gay community at that time.

Like all progress that is made in all marginalized communities or groups, I think after time goes by and you earn certain rights or you break through certain barriers, you could sometimes, maybe, take it for granted what you have now that you didn’t have before. And then that would lead to a certain lack of community, in a way, caring in a way, that I saw before. Thematically and lyrically [the album] is a lot more self-referential than you have been in the past. During the writing and production, was that something you did intentionally?

What I love about [‘Body Shop’] is that the music of it is folksy and almost made me think a little of a lullaby, but then you listen to the words and they’re …

Was that your intention to contrast the instrumental and the music with the lyrics?

Was it intentional? No. Again, it just happened. I was working with Toby Gad, who spent a lot of time in India. There’s a sitar. The song has a very Indian flavor to it. I liked the idea of the body of a car as a kind of sexual metaphor — What you do to a car, what you do in a car — drive. So, lots of innuendos, lots of fun and we all love a really cute mechanic, right?

Your music has shaped the lives of multiple generations of pop and dance music fans. When you set out to create an album, do you feel any sort of responsibility to that fanbase at all?

Of all these collaborators you’ve worked with on this album, what was the biggest surprise that came from that?

I felt like I wrote a lot of good songs with Avicii’s writing team, and I didn’t expect that. I ended up writing a lot of personal and very soulful songs with them — who I refer to as my viking harem — who are all really wonderful, intelligent, soulful people. And they made me feel really comfortable. So I guess I felt like I was safe enough to write those kinds of songs, and that surprised me.

We’re all very excited about the upcoming tour, can you give us a preview?

No. Why would I do that? I want it to be a surprise for you.

I think [the ‘Living For Love’ video] was your first time bringing kind of what you do with your tour visuals and bringing it to a full-on music video concept. Is that something we’re going to get to see again?

The thing about that song, it’s such a passionate song, I had to present it in a passionate way. I used mythology to tell the story, with the story of the minotaur and the matador and fighting and fighting for love and the color red and flowers and horns and death and naked men. You know, the important things in life. I don’t want to make every video the same, but I did love the richness of that video. To me, it felt like a painting that came to life. That’s what I was trying to do. I wouldn’t want to do that for every video. When I do ‘Bitch I’m Madonna,’ it’s going to be a whole different aesthetic.

At this stage in your career, what still frightens you?

What are you reading right now?

I’m trying to get through two different books. One is The Goldfinch and the other is a Bob Fosse biography.

Do your kids have a favorite song of yours?

What do you love the most about pop music?

I love how accessible it is.

What do you despise about pop music?

Despise? That’s such a strong word. I’m not crazy about how sort of homogenized it’s become. It used to be much more diverse. Maybe it’s just what’s played on the radio sounds very much the same. But I can’t say I despise, that’s just too much. In our house we don’t use words like ‘despise’ and ‘hate,’ we say ‘strongly dislike.’

And don’t miss our other Madonna feature up today: 26 Moments That Make Madonna The Most Pro-Gay Pop Ally of All Time.